Ali Stroker is a beautiful and accomplished actress, author, and singer. By the age of 35, Ali has been an inspiration to many youths and is also the first wheelchair-using actor to appear on a Broadway stage.

The Tony Award-winning actress Ali is known for her appearance in The Glee Project, Deaf West Theatre, Oklahoma! and many more. Recently, she was seen in Blue Bloods, Only Murders in the Building, And Just Like That…, and Ozark.

Who Is Ali Stroker’s Husband?

Talking about her husband’s profession, David is an actor turned director and teacher.

He attended the NYU Tisch Drama School and then began his career as an actor.

David made his Broadway debut in La Cage Aux Folles and then appeared in more than 1000 performances in Wicked as Fiyero.

He has directed around five Broadway productions and was an Assistant Director of Once on This Island.

David has also worked as a teacher in the drama departments at UT Austin, NYU Tisch, and other many universities.

David, who is from Briarcliff Manor, New York, is the founder of The Actor’s Gym and the Attention Theatre.

Ali met her future husband in college with whom she reconnected in 2015 at the Deaf West Theatre staging of Spring Awakening.

David has always been by the side of Ali even when she won the Tony Award for Best Featured Actress in a Musical in 2019.

As a little girl, Ali always doubted whether she would find someone who would choose her but now she is enjoying every bit of her life with her husband.

Ali and David got married on 17 July 2021. The duo exchanged the wedding vows in an intimate ceremony in front of their close friends and family.

Although they haven’t shared glimpses of their wedding, they have been giving insights into their married life through interviews and social media.

On the occasion of their first anniversary this year, Ali shared a collage of her picture with her husband and a sonogram announcing that she is pregnant with their first baby.

“We are having a baby!!! The newest member of the team is arriving in November! A dream come true!! Happy 1st anniversary @david_perlow ! Best year ever! Thank you for creating this life with me! We won the jackpot! I love you. 😍😍😍😍😍😍”

The couple will be welcoming their bundle of joy in November this year.

Ali Stroker’s parents’ names are Jody Stroker and Jim Stroker. Her parents have been her greatest supporter.

Talking about her siblings, she has an older brother named Jake and a younger sister named Tory.

Ali and her brother Jake were in a car accident when she was just two years old. The accident caused her spinal cord injury which resulted in paralysis from the waist down because of which she uses a wheelchair, being unable to walk. 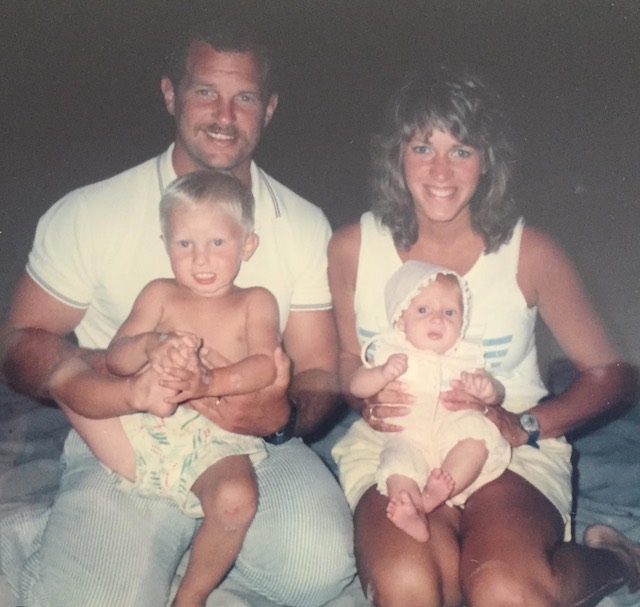 Her parents currently live in Ridgewood with her brother Jake. As for her sister Tory, she attended Skidmore College.

Her mother works for the department of Parks and Recreation and her father is a teacher at Benjamin Franklin Middle School.

Ali Stoker has accumulated huge success as an artist. She garnered huge fame and fortune at the age of 35. Her net worth as of 2022 is estimated to be in the range of $1 million to $5 million.

Ali’s net worth is likely to be escalated in the years to come with her upcoming acting projects.