Who Is Candice Swanepoel? Her Husband, Partner, Children And Net Worth

Candice has already marked her place as a successful model and was listed 8th on the Forbes top-earning models list.

Recently, she made headlines as the rumored new girlfriend of Kanye West. But is Candice dating Kanye? Let’s find out more about her personal life including her previous partner, kids, and many more.

Candice was recently linked with Kim Kardashian’s ex-husband Kanye West. The rumors of the duo dating surfaced after they were spotted getting cozy at an event in New York City.

Candice and Kanye both attended the NY Fashion event for Yeezy Gap sunglasses where they were seen laughing and taking many pictures together.

Later, they even left together in Kanye’s SUV and headed to the same hotel.

A source talked about their relationship with ET saying,

“Kanye and Candice are dating and their relationship is new. They like each other and are happy with how things are going so far. They've connected over fashion and creativity. Kanye is excited about Candice.”

However, an insider said that it’s mostly a “PR stunt.”

Kanye was previously linked with Julia Fox and Chaney Jones, which grabbed huge public interest. So, his relationship with Candice might also be like other women with whom he was linked in the past after his divorce from Kim.

Nevertheless, stay connected with us to get updated on their relationship.

Candice Swanepoel has never been married; however, she was set to be married to her ex-partner but the duo ended their relationship before they had their wedding.

She was in a long relationship with model Hermann Nicoli. Hermann is a Brazilian model and fitness trainer who is managed by the talent agency Next Model Management. 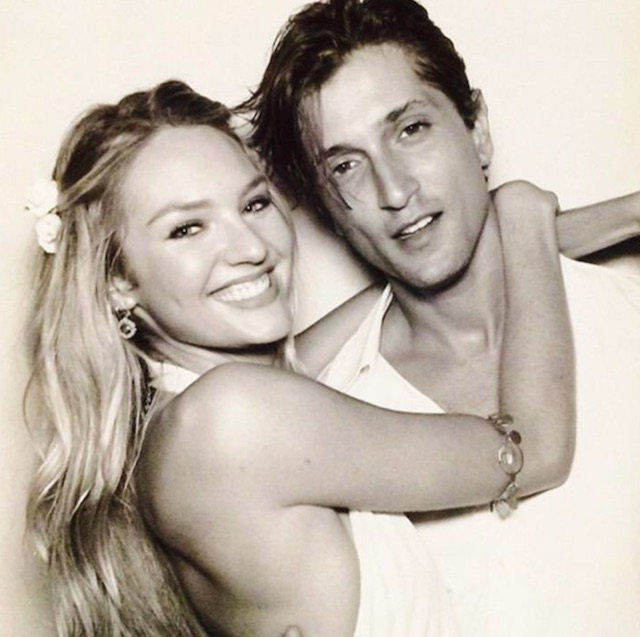 Candice was just 17 years old when she met Hermann in Paris while he was 23 years old. They met sometime in 2006 and eventually began dating.

After being together for a decade, Candice and her then-boyfriend Hermann decided to take their relationship to next level.

The duo got engaged in 2015 and announced the news of their engagement in August of that year.

Candice and Hermann kept their relationship private when they were together. However, Candice sometime shared pictures with her ex-fiancé on her Instagram handle.

When fans were assuming that Hermann would be Candice’s future husband, they announced the news of separation in 2018.

The reason behind their split hasn’t been clear till now but their breakup seems amicable.

Candice Swanepoel Is The Mother Of Two Kids!

Candice and her former partner Hermann Nicoli were together for 22 years. In between these years, they saw each other grow as a model and also became parents to two adorable children.

She announced her first pregnancy in April 2016 and also shared some beautiful pictures flaunting her baby bump on Instagram.

In December 2017, Candice announced that she is pregnant with her second baby with fiancé Hermann Nicoli. A month later, she announced that they are having another baby boy.

She gave birth to their second child, a son named Ariel Swanepoel Nicolli on June 19, 2018.

Currently, Candice is co-parenting her sons with her ex-fiancé. Reportedly, she splits her time between Brazil and New York City.

She has been sharing various pictures with her kids and gives an insight into her life with her sons through Instagram.