The Malaysian model, entertainer, actress, and television personality Anna Jobling, whose full name is Anna Ellisa Gustin Jobling Binti Abdul Rahman, is popularly known for portraying the character of Melur (Adriana Zulaikha) in the Melur Untuk Firdaus series. The series recently advertised the 8th episode of the main season. She was previously the Teen Goddess Contender in 2018/2019 where she secured the fourth position.

At the young age of 5, Anna was offered modeling for the first time but unfortunately, she and her family didn’t take it seriously as Anna was more into swimming. Later on, Anna started to step into modeling by competing in the beauty pageants such as Miss Melaka and Miss Pahang.

She has been affianced in modeling ever since her mother took her to Amber Chia’s modeling class at the age of 15, giving her the platform to be cast as a television personality and magazine cover decorator. Active as an actress and model, Anna is frequently seen voicing about women’s empowerment.

Ever since Anna appeared in the Melur Untuk Firdaus series, her fans are curious about her real-life boyfriend and dating status. Despite the massive fame garnered from the series, the actress has successfully concealed her personal life details.

Although Anna hasn't revealed whether she is dating anyone right now or not she has been sharing posts with her co-star Meerqueen on her Instagram handle with sweet captions. 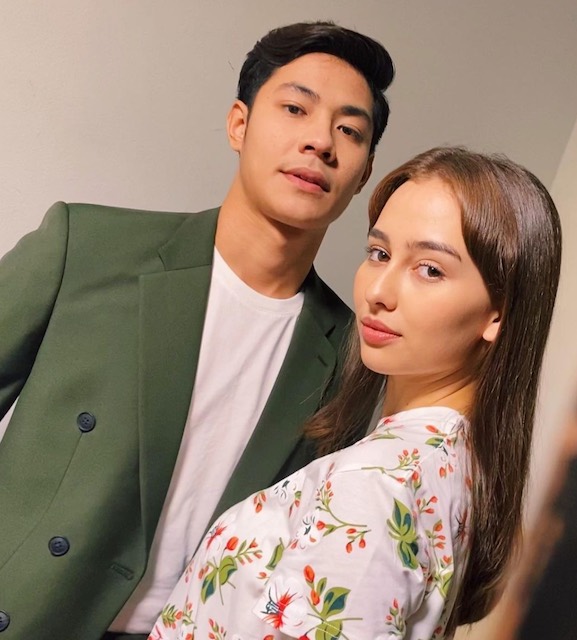 The couple, who is loved on-screen, is also speculated to be dating in real life because of their social media posts. The new show made the romantic tales between them grow higher and their onscreen relation between them has drawn the audience's attention to a higher pace.

However, neither of them has commented on the rumor of their relationship.  In this regard, stay connected with us to get updated on Anna Jobling's dating life in the future.

Anna Jobling was born on August 14, 2000, as a single child of her parents so she doesn't have any siblings. She was raised by her father hailing from the United Kingdom and her mother from Malaysia.

Talking about her parents' profession, her father was an engineer in the oil and gas business and her mother was a manager.

Raised in the Islamic religion, Anna attended an international school in Kuala Lampur. She is a member of an ethnic group that is a combination of Asian and European. She was also a Teen Goddess contestant in 2018/19, resulting in the top four of the competition.

Anna Jobling is a grooving celebrity with an estimated net worth of over $500K as of 2022. Her net worth is likely to be increased in the future with her upcoming projects.

Anna has assembled a prominent part of her net worth as an actress. She has also accumulated some fortune through modeling and brand endorsements.

She is super glad to share her name through her work in public and globally, including in Brunei, Indonesia, Thailand, and most surprisingly the Philippines.

She is active on Instagram with the username @annajobling.