Ever since Chayce Beckham has appeared on American Idol, he has been able to amaze both the judges and the audiences with his soulful performance. He’s the one whom Katy Perry praised saying he sounds like the heart of American.

So far, he has been able to conquer millions of hearts and is getting a lot of love from all over the world. But is there anyone special who’s getting Chayac’s love? Find out everything about Chayce Beckham’s personal life here.

There is no doubt that Chayce has a ceaseless love for music. But he seems to be so immersed in pursuing his dreams that he’s doesn’t seem to have time for dating.

The 24 years old American Idol winner seems to be single now. Although his relationship status on Facebook states that he’s in a relationship, there’s no attestation of him having a girlfriend.

Find Out: Is Hunter Metts Dating? His Girlfriend And Personal Life Details!

His Instagram handle is filled with pictures from American Idol and his performances and doesn’t give the slightest of insight into his possible dating life.

But before auditioning for American Idol, he had a girlfriend about whom he stated in an interview with The Sun. While opening up about the terrible car accident that he faced last year, he said,

“I was all, like, down and out. I had gotten in my car wreck, my DUI and whatnot. A lot of stuff had been going great for me, but that all kind of got taken away from me… And then losing my house and my girlfriend and my dog, getting in trouble with the law and having to have your mama come pick you up from jail and stuff, kind of puts you in a weird headspace.”

Chayce had a lot of ups and downs before he auditioned for American Idol. One day after Chayce decided to drive after drinking, his life flipped upside down.

Chayce, who recalls the incident as a ‘roller coaster,’ got in trouble with the law, lost his house, his girlfriend, and dog. He then moved back home with his mother and stepfather.

Following the life-changing incident, Chayce wrote two original songs while on American Idol. His song ‘23’ which was released in May, was placed as a No. 1 hit on the country music charts.

You May Like To Know: Is Grace Kinstler Dating? Boyfriend, Parents, Weight Loss

His Family and Parents

On the basis of Chayce Beckham’s social media posts, it seems that he opts for privacy in his love life. However, the singer doesn’t seem to be hesitant in updating about his family life on social media. 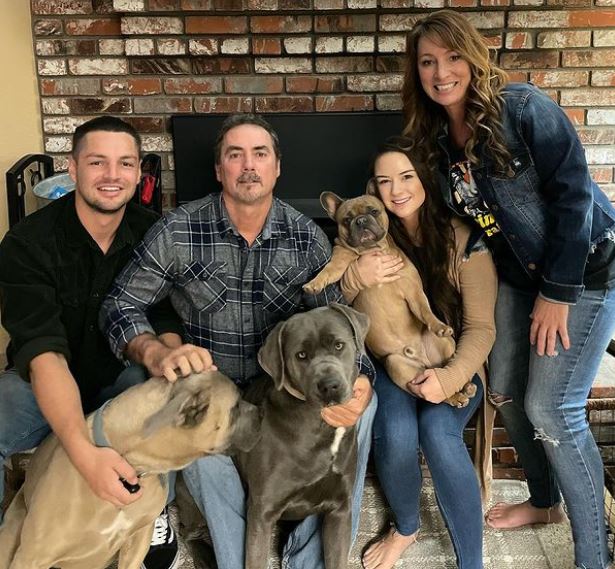 Chayce loves spending time with his family and their dogs. If you go through his Facebook profile you’ll come across the pictures that he took with his sisters while fishing.

His parents have been very supportive of him and his musical career. His mother, Windie Lynn Petersen, works in real estate. She currently works as a salesperson for Agio Real Estate.

His stepfather’s name is Terry Petersen. Terry has been with Chayce for most of his life; he was also seen cheering Chayce during his American Idol journey.

Chayce has four sisters among which two are Tiffani Beckham and Madison Beckham. Tiffani is a realtor with Keller Williams Realty.

Chayce has revealed that his parents encouraged him to audition for American Idol.