Is Brenda Song Dating or Married? Husband, Net Worth

Acting steadily for twenty-seven years, Brenda Song is widely recognized for portraying the character of London Tipton in The Suite Life of Zack and Cody.

Brenda needs no introduction to those who have been watching her since the 2000s. The 32-year-old American actress is admired for her role from The Suite Life of Zack & Cody to The Social Network to Dollface.

On the one hand, the gorgeous and talented Brenda is relishing her prolific career and on the other, she is cherishing an enthralling relationship with her longtime boyfriend, Macaulay Culkin. Although the couple is not married yet, they have a strong and lovely relationship like that of a husband and wife.

Brenda and the Home Alone star first sparked dating rumors in June 2017. Even though the couple didn’t speak much about their budding romance, they were spotted getting cozy on various occasions. 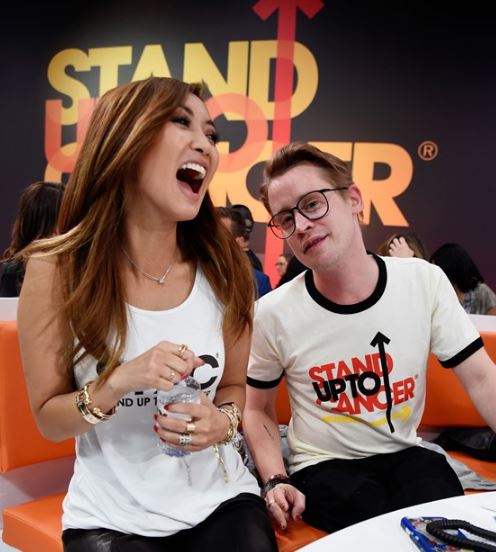 Although the Dollface actress prefers to keep her love life private, her partner-in-crime doesn’t hand back when it comes to giving an insight into their relationship.

Find Out: Is Actor Steven R. McQueen Married? His Wife, Family, Net Worth

Macaulay has always been vocal about their relationship in various interviews. Similarly, in an interview with Esquire for its March 2020 issue, the actor stated that he wants to have a baby with his girlfriend.

Justifying the statement, he said,

“We practice a lot. We’re figuring it out, making the timing work. Because nothing turns you on more than when your lady comes into the room and says, ‘Honey, I’m ovulating.’ ”

Recently, on 26th August, Brenda even took Instagram to wish Macaulay on his 40th birthday. In the caption, she wrote how lucky she is to have a ‘wonderful, kind, loving, genuine, loyal, honest, brilliant, and hilarious’ partner in her life.

The couple met a couple of years ago in Thailand.

You May Like: Is Actress Phoebe Tonkin Married Or Dating? Her Personal Life Details!

Brenda and her longtime partner Macaulay Culkin are now parents to their first child. The couple was blessed with their bundle of joy last week but they revealed the happy news only on April 13.

They kept their son’s name Dakota in honor of Macaulay’s sister who died in 2008.

Brenda Song was born to Thai and Hmong parents in Carmichael, California. Brenda’s mom and dad were born in Thailand and met each other in Sacramento. Talking about her parents’ profession, her father is a school teacher whereas her mother is a homemaker.

Brenda, who stands tall at the height of 5 feet and inch, was raised with her two sibling brothers- Nathan and Timmy. Brenda has a very close and strong relationship with her family which is evident in some of her Instagram posts.

Apart from Father’s Day and Mother’s Day, Brenda share pictures with her parents on various occasions and exhibit her love and gratitude for them.

What Is Brenda Song’s Net Worth?

Brenda had an interest in acting from a young age; she moved to Los Angeles with her mother at the age of six to support her acting career.

Brenda, who began his career as a child fashion model, is now one of the popular names in Hollywood. Active in her career since 1995, Brenda has appeared in numerous movies and TV series which has helped her garner popularity and also a huge fortune.

As of 2020, Brenda Song has an amazing net worth of $5 million assembled from her acting career.