Is Calam Lynch Dating In 2022? Wife, Girlfriend, Net Worth

The massively popular Netflix show Bridgerton has introduced various talented actors to us. Right after announcing that Regé-Jean Page will not be portraying Duke of Hasting’s in its second season, Netflix has revealed that it will be adding four new cast members which also includes the Irish actor, Calam Lynch.

The emerging actor Calam Lynch will play the role of Theo Sharpe in Shonda Rhimes's produced Netflix show. Theo is a hardworking printer’s assistant. He is an intellectual who fights for the rights for all.

Calam Lynch has been active in the entertainment industry for a few years but the popularity that he has achieved from his roles is quite huge.

With the rising fame, Calam’s personal life has also grabbed huge public interest- especially his love life. However, the rising star has opted for privacy in his possible dating life.

While there are many celebrities who don’t hesitate to talk about their love life, Calam falls in the category of celebrities who opts for privacy in their personal life. 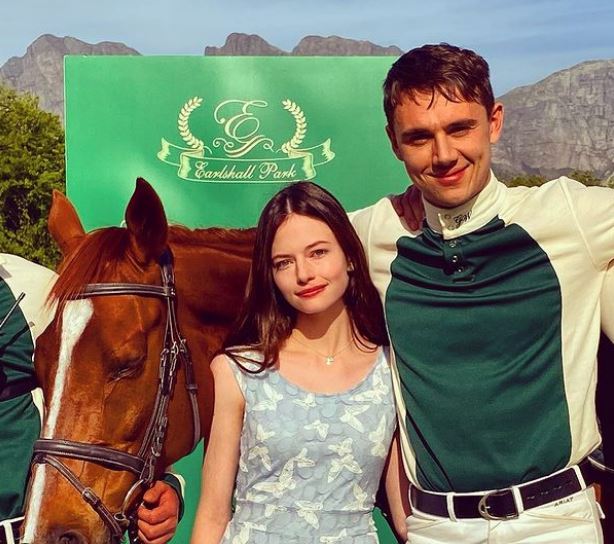 The actor hasn’t given a glimpse of his love life on social media and neither has talked about his girlfriend in any of his interviews.

As of March 2022, Irish actor Calam Lynch seems to be single and is focused on inclining his career to the new height of success.

Similarly, he is not married and doesn’t have a wife.

But when it comes to on-screen, his chemistry with actress Mackenzie Foy in Black Beauty (2020) was loved by their fans.

You May Like: Rupert Young Married, Wife, Partner, Height, Net Worth

Although Calam has been acting professionally for a few years, he was introduced to acting at a young age. Being born into a pretty talented acting family, Calam was well known about the entertainment realm.

Talking about his father Finbar Lynch, he is also an Irish actor born on 28 August 1959. He began his career as a stagehand as he was turned down for acting works due to lack of experience. Today, he is known for recurring roles in Small World, Breathless, Proof, and Glenroe. As per wiki, he had minor roles in Game of Thrones, Waking the Dead, DCI Banks, Dalziel and Pascoe, Inspector George Gently, and many more.

What Is Calam Lynch’s Net Worth?

Within a very short interval of time, Calam Lynch has appeared in some critically acclaimed TV series and movies. In the year 2017, he appeared in a big blockbuster Dunkirk alongside Tom Hardy, Harry Styles, and Fionn Whitehead. He also made his Disney debut in Black Beauty in 2020.

Calam has been able to mark his presence in the film industry with his acting skills and talent. In return, he has been receiving love from his fans and wonderful earnings.

There is no doubt that Calam has been receiving an amazing salary from his work. Although the exact value of his income is a mystery, his net worth in 2021 is estimated to be somewhere near $1 million.

Calam Lynch is also known for his performance in Mrs. Wilson and Derry Girls.