If you like watching Hallmark movies then you might have seen Daniel Lissing on your screen. Daniel Lissing is an Australian actor best known for his role as Jack Thornton in When Calls the Heart from 2014 to 2018.

During the initial phase of his career, he had a guest role as firefighter Dave Elder in the successful American series Home and Away.

Daniel Lissing is currently relishing a prolific career and a blissful married life side by side. You might not know that Daniel is married as the actor tied the knot secretly in early 2020.

Daniel Lissing is married to his best friend, the love of his life, Nadia. His wife Nadia is a digital creator based in Los Angeles. She is originally from Poland.

Daniel and Nadia met in Iceland and eventually fell in love. They got married after dating for a couple of years. 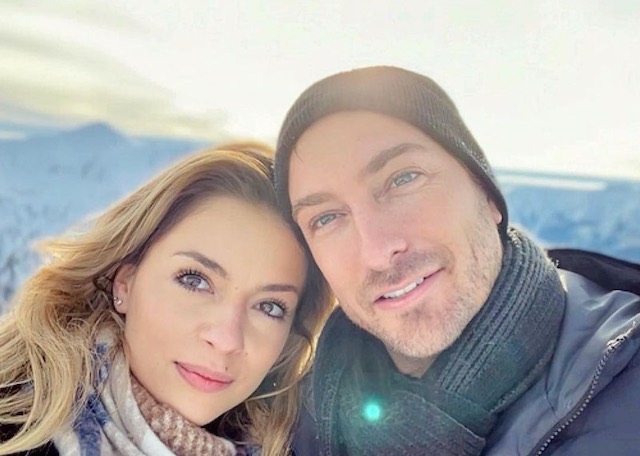 The duo got engaged in October 2019. The news of their engagement was shared by Daniel on his Instagram by sharing a picture of them kissing where Nadia’s engagement ring was clearly visible. He shared the picture writing, “Happy news to share... I get to marry the love of my life ❤️❤️”

The lovebirds got married amidst the pandemic and decided to keep their wedding private. They tied the knot in a very small and sweet ceremony in the presence of two close friends who acted as the witness.

Daniel opened up about their private wedding to Entertainment Tonight stating that they kept their favorite moment very simple and private. He also said,

“It was a pretty fast and easy decision to make. When you've met your 'one,’ you just want to start your married life together as soon as possible. The best part is, we get to celebrate with all our friends and family next year, too… We're married now and we're looking forward to everything ahead of us.”

Although Daniel hasn’t shared any pictures from their wedding, he has been giving glimpses of their married life through Instagram. Daniel has shared various pictures with his life partner from their romantic dates and vacations.

The actor is very close with his mom and seldom shares pictures of her on his Instagram. Daniel wishes his mother on her birthday and on Mother’s Day with sweet captions. His mom has also accompanied him on red carpet events.

His mom’s name is Inge Christophers and his father’s name is Jerry Lissing.

Talking about his siblings, he has a sister named Tamara Lissing. Daniel doesn’t have any children of his own but he shares a good bonding with his sister’s kids.

Daniel Lissing is best known for appearing as Constable Jack Thornton in When Calls the Heart which has helped him garner both fame and fortune. He is also known for his work in The Rookie, S.W.A.T., Girlfriends’ Guide to Divorce, When Hope Calls: A Country Christmas, Last Resort, Crownies, and many more.

Daniel has undoubtedly assembled an amazing net worth from his acting career. However, the exact value of his net worth hasn’t been revealed yet. Despite that, his net worth in 2022 is estimated to be in the range of $1 million to $5 million.

Actor When Calls the Heart When Hope Calls: A Country Christmas