Devon Ross is not a regular face on the big screen but you might recognize her as she is possibly the coolest model in fashion right now.

Devon has walked and posed for some of the well-known brands like Gucci, Valentino, Valentino Beauty, Simone Rocha, and Erdem.

At the young age of 22, is popular for modeling for the brands like Valentino Beauty, Valentino, Gucci, Erdem, and Simone Rocha.

Devon started her modeling career at the young age of 15. When asked about how she got into modeling, she said she walked into an agency at the age of 15 and since it was an open call, she went and said “Take me.”

She is also interested in acting and has revealed that she would love to do acting full time.

Devon has been auditioning and starting a new career as an actress.

Recently, she was seen in Irma Vep, an HBO film series about American film star Mira where she played the role of Regina, Mira’s assistant. Mira was played by actress Alicia Vikander.

The aspiring actress Devon has a huge interest in music. She started writing her own songs when she was in fifth grade.

The first song that she wrote was “This Kind of Stuff” which was about her boyfriend at the time and how their love was so strong and their parents didn’t want them to be together.

Devon is active on Instagram with the username devonross_ where she has around 106k followers as of July 2022.

She loves spending time with people and going out but also needs time for herself to recharge. She also loves playing guitar and listening to music which makes her feel happy about herself and life.

Devon was born to a world-famous rocker and runway star so she had an interest in both music and modeling.

She was born to Craig Ross and Anna Bauer. Her father Craig is popular for performing and recording with Lenny Kravitz. Her mother Anna was a model.

Talking about her siblings, she has a sister named Mia Ross. Devon and Mia grew up moving around from the Bahamas to New York to Los Angeles.

When Devon was young, she would always look at her mom’s portfolio and thought that she was the only model in the world. She was appealed to modeling because of her mother.

Devon feels most beautiful and comfortable when she is around her family and friends as one doesn’t need to be self-conscious about what you’re doing or what you’re wearing as they aren’t going to judge you.

While making her place in the entertainment industry as an actress and model, Devon is also relishing a blissful relationship with her boyfriend, Earl Cave.

Earl Cave is an English actor known for his portrayals in Days of the Bagnold Summer and True History of the Kelly Gang. He is the son of singer-songwriter Nick Cave and actress Susie Bick. 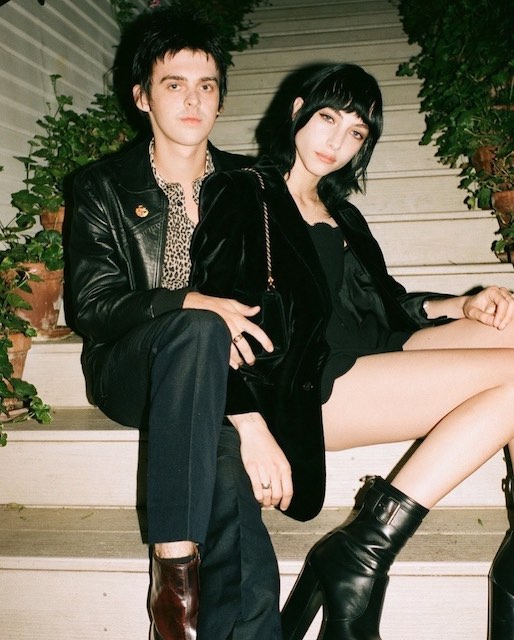 Devon and her partner-in-crime Earl seem to be dating since 2020. They met during a Gucci job at Disneyland, Paris, and eventually began dating.

They are not hesitant in giving glimpses of their dating life on their Instagram accounts. Devon has also opened up about their relationship in her interviews. During an interview with Vogue in October 2021, Devon said,

“We’re very much home people. We are just in love with our apartment. Our place is the hangout spot. We have a piano and a bunch of guitars and we just jam all the time; we could just record a jam record.”

The couple currently resides in West London. Devon relocated to their current home from LA during the pandemic.

Devon has been active in modeling for quite some time now. She has also received amazing payroll walking and modeling for some of the renowned fashion brands.

Talking about her earnings, the exact value of her net worth hasn’t been revealed yet. However, her net worth in 2022 is estimated to be in the millions.