The American actress and casting director Eliza Roberts is popular as the wife of veteran actor Eric Roberts, who began his professional acting career with the American drama King of the Gypsies in 1978.

Eliza is known for her appearance in The Tasmanian Devil (2021), Doctor Who: The Movie (1996), and National Lampoon's Animal House (1978). She is also the manager of her husband Eric.

Eliza Roberts’ husband Eric Roberts needs no introduction. He is a multiple award-winning actor who has been active in the entertainment industry for almost five decades.

Eliza reportedly met her current husband Eric while flying from New York to Los Angeles. The couple sat next to each other during their flight and came to know that they share the same profession.

They instantly knew the connection while talking to each other during the journey. The duo began dating right away and got married shortly. 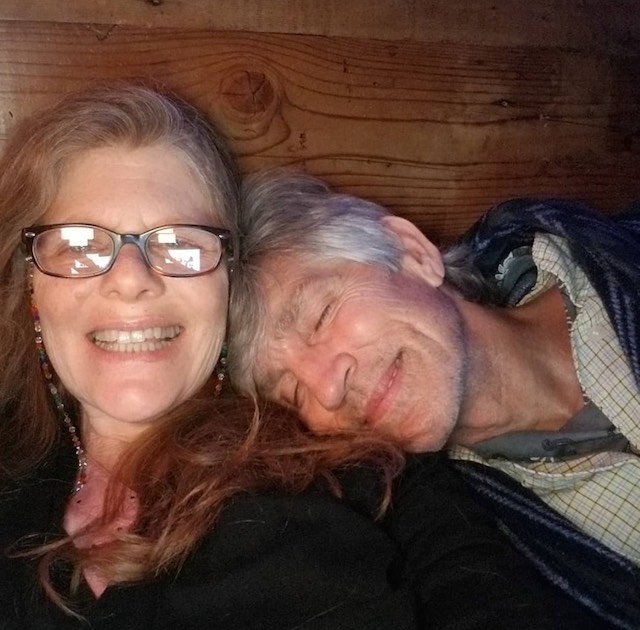 Eliza and Eric tied the wedding knot on August 16, 1992. This was the second marriage for Eliza but this marriage have lasted for three decades.

Eliza and Eric are blissfully married and have been supporting each other in the rollercoaster ride of life. Eliza was the one who helped Eric in his battle with decades-spanning drug addiction.

The Oscar-nominated actor Eric has been vocal about how he found true love and how he overcame his drug addiction.

During an interview with Closer Weekly in 2019, the actor revealed that he misses his wife very much when she is not around. He said,

“I was on a trip for only three days and I thought, ‘God, I hate being away from her!'” he adorably gushed to Closer. “I can’t stand it, because I got old with her, this is my roommate, my pal, my confidante, my manager, the girl I kiss.”

Eliza and her husband Eric certainly give major marriage goals. However, before finding true love, the couple had their share of heartbreaks and failed relationships.

Before finding love in Eric, Eliza was married to James Simons. Her first husband James is a renowned American director and producer.

Eliza was married to her ex-husband in the ‘80s. However, their marital relationship couldn’t last more than three years so it ended with divorce.

But when the couple was married, they welcomed two children together. Eliza has a son named Keaton Simons and a daughter named Morgan Simons with her ex-husband James.

Her son Keaton is a musician who is currently the lead guitarist for Brett Young. Likewise, her daughter Morgan is a casting director.

Eliza and Eric don’t have any children together but Eric has a daughter named Emma Roberts with his previous partner Kelly Cunningham.

Before dating Kelly, Eric was in a relationship with Sandy Dennis.

Eliza Roberts was born to Lila Garrett and David Garrett. Her mother Lila was a film producer, director, and screenwriter. She is known for her work in The Other Woman and Get Smart.

Likewise, her father David is a renowned writer who is best known for his work in the mystery thriller “Three Days of the Condor” and romantic film “Sabrina.”

Since Eliza’s parents were deeply involved in the showbiz industry, she developed her interest in film and media while growing up.

Eliza showed a keen interest in acting so her parents took her on the sets of movies and TV series where she realized how much she loved the craft.

She also appeared in several theater plays when she was in high school.

Eliza Roberts has earned decent fame and fortune from her professional career. She made her acting debut in 1973 with the science horror “Shlock” as Mindy and has appeared in more than 80 acting credits till now.

Her net worth is speculated to be in the millions but the exact figure of her net worth hasn’t been revealed yet. But as per Celebrity Net Worth, her husband Eric Roberts has an estimated net worth of more than $2 million.