Jhene Aiko, who considers herself a lyricist before anything, is popular as an American singer and songwriter. Grammy award-nominated singer Aiko has been a part of the music industry from a very young age.

The youngest of five, Jhene grew up in a showbiz family in the Ladera-Baldwin Hills area, Los Angeles. Read till the end as we answer to almost all the queries related to Jhene.

Jhene was born as the youngest daughter of Christina Yamamoto and Karamo Chilombo in Los Angeles, California. She was born with the birth name Jhené Aiko Efuru Chilombo on 16th March 1988.

Talking about her parents' profession, her father is a pediatrician-cum-musician whereas her mother was an art teacher.

Her dad Karamo grew up wanting to become a musician so he plays guitar, sings, and even writes. Her father Karamo even built a studio in the house where Jhene grew up.

Basically, her dad Karamo sparked the interest in music in her family which was passed down from her older siblings to her.

While her dad acted as a driving force behind the Chilombo siblings’ musical aspirations, her mom on the other hand helped her manage her and her sisters' musical careers (their sisters’ musical group named Gyrl).

Moreover, early on in her childhood, Jhene used to come up with stories even before she could write so, she had her mom write them down. After she came into acquaintance with music, she always used to work on music from writing in-between her classes to recording with various producers she knew through her time signed to Epic.

Additionally, a lot of queries are often made regarding the ethnicity of the singer-songwriter Jhene as most people call her a lot of different things sort of in one. During an interview with Kayki Speaks, Jhene clarified that she grew up around all of the cultures as both of her parents are of mixed ethnicity. 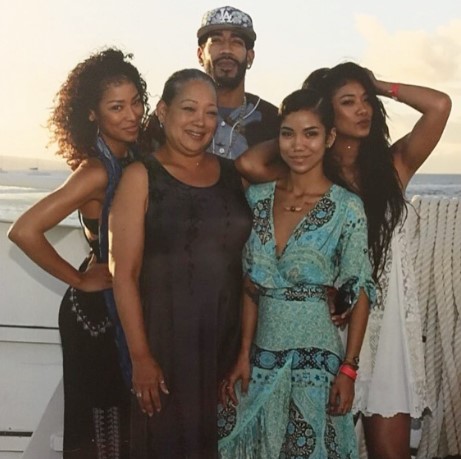 Her parents are no longer together but Jhene is close to both her dad and her mom. She shares posts with parents on the occasion of their birthday, father’s and mother’s day and on several other occasions.

Many of Jhene’s fans might be aware of her 4 biological siblings but did you know that she also has 3 half-siblings?

Yes, you read it right, Jhene has 7 siblings in total. Her biological siblings are Miyako, Jamila Chilombo aka Mila J, Jahi, and her late brother Miyagi. Her brother Miyagi passed away in 2012 due to brain cancer.

The other 3 siblings include Marcia, Dio, and Kareena who are paternal half-siblings.

Her elder sisters Miyoko and Jamila were once part of an R&B group called Gyrl which was managed by their mother.

It may be no surprise to the fans of Big Sean (Sean Michael Leonard Anderson) and Jhené that they make the cutest couple who seem to have a genuine love for each other. The pair knew each other way beyond their steamy collaborative project TWENTY88.

Starting off as friends in 2013 while working together on the rapper’s songs “Beware” and “I’m Gonna Be, ” their love journey took off in 2016. 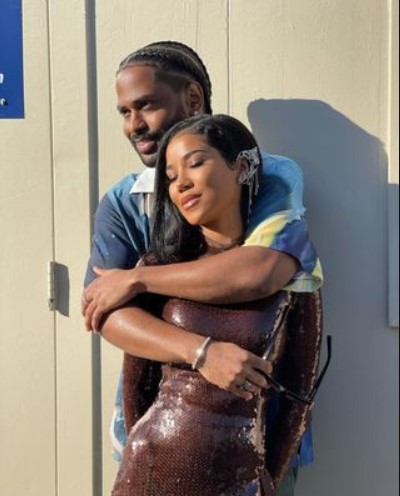 Although the pair had on and off relationship, the idea of marriage publicly floated more than ever when the news surfaced of them expecting a child together.

No word has been shared about the gender of the baby but the longtime pair have confirmed the news of Jhene’s pregnancy.

The couple was first spotted on an outing in Beverly Hills on 2nd July 2022 where Jhene looked visibly pregnant and was walking around with a baby bump.

While the baby is the first child of Big Sean, Jhene is already a mother of a daughter who she shares with her former partner O’Ryan.

Jhene Was Previously Married & Was Divorced

Jhene was married to rap producer Oladipo Omishore aka Dot Da Genius in a private wedding ceremony. But their relationship hit the rock shortly after 11 months of their marriage. Jhene and her former husband got officially divorced in October 2017 citing irreconcilable differences.

Many fans speculated that Jhene cheated on Dot Da but the cheating rumors were later cleared up by the duo respectively.

Jhene Is Already A Mother Of A Daughter

Jhene got pregnant with her first child, a daughter when she was just 20 years old. She gave birth to her first daughter Namiko Love Browner on 19th November 2008. Namiko’s father is American R&B singer and musician Omarion’s younger brother O'Ryan Omir Browner. Jhene and O’Bryan briefly dated from 2005 to 2008.

The biggest influence that Jhene’s daughter had on her was to be more honest to herself which ultimately drove her to make music that reflects her true self and honesty.