The name John H Bluher comes along with the American television personality and socialite Taylor Armstrong. He is known to the public as the husband of The Real Housewives of Beverly Hills star Taylor.

John came to prominence after he served as Taylor’s attorney following the death of her ex-husband. Today, John and Taylor are blissfully married for around 8 years.

Popular as Taylor Armstrong’s husband, John H Bluher is a reputed American lawyer. His birthdate is not known but his age is believed to be in the late 50s.

John began his professional career in 1989 by working as a senior legal counsel at the U.S. Securities and Exchange Commission. He worked there for 6 years till 1995 and then joined Knight Capital Markets as CLO and EVP in 1999.

Delving into his professional career, he worked as the Chief Legal Officer at Janus Henderson Investors U.S. and at Lehman Brothers Holdings Inc.

John worked as a Chief Operating Officer and Co-Chairman of MusclePharm for five years from 2009 to 2014. Meanwhile, he joined Tennrich International Corp as the Chief Financial Officer.

He worked as a Chief Financial Officer of BlackRidge Technology for around four years from 2016 to 2020.

John is currently working as the Director of Finance of Ocutrx Vision Technologies, LLC since February 2020.

When not working John loves chasing sunsets throughout California. He also loves watching basketball and spending time with his wife and kids.

John met his wife Taylor as an attorney when he provided legal advice to her when her first husband died.

While working together, the couple fell in love and decided to take their relationship to next level by getting married. He proposed to his lady love while they were vacationing at St. Regis Punta Mita Resort in Mexico. He asked her for marriage in the most romantic way possible with a tent filled with roses and lilies just steps away from the ocean. 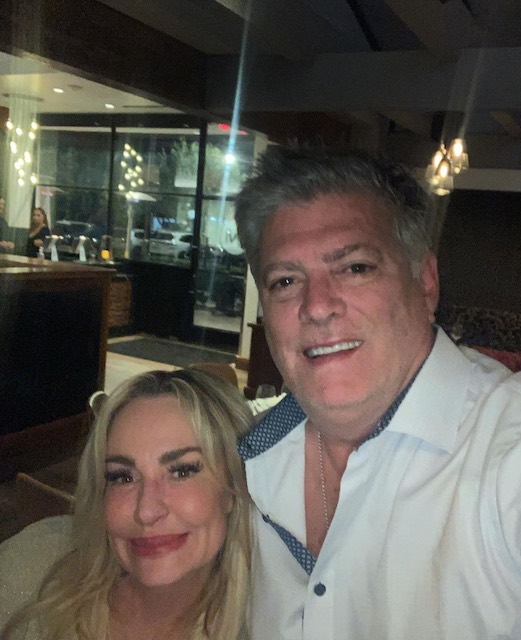 John and his beautiful wife Taylor got married on April 4, 2014, in the presence of their close friends and family in a beachside ceremony at the Bel-Air Bay Club in Pacific Palisades, California. Around 120 guests attended their big day including Taylor’s daughter Kennedy and her former Housewives castmates Lisa Vanderpump, Kyle Richards, Kim Richards, and Adrienne Maloof.

Initially, the couple was very private about their relationship. However, they have been attending several public events together since they tied the knot. John’s Instagram handle also features many pictures of his life partner.

Blissfully married to Taylor, John also has a good relationship with Taylor’s daughter Kennedy. He is often seen supporting Kennedy at cheerleading competitions.

Since John came to the spotlight after getting married to Taylor, there is not much information regarding his previous marriage and ex-wife. The name of his first wife is said to be Stephaine.

It’s not clear how long he was married to Stephaine but according to some online news portals, the estranged husband and wife are parents to three children.

Unlike him, Taylor’s relationship with her ex-husband is known to the public. Taylor was previously married to Russell Armstrong, who was a financier.

During the "RHOBH" Season 2 reunion, Taylor revealed that her ex-husband used to abuse her. He allegedly threatened his wife and daughter if Taylor ever called the police. She filed for divorce in July of 2011 and just months later, her ex-husband was found dead in an apparent suicide.

John H Bluher is currently relishing a prolific career and is also enjoying a good fortune assembled as the Director of Finance at Ocutrx Vision Technologies, LLC.

He has also assembled a wonderful net worth through his career which spans more than three decades. According to Celebrity Net Worth, his estimated net worth is $5 million. However, his net worth in 2022 is estimated to be more than $10 million.