Naoimh Morgan might be the next big star in the entertainment industry. She is best known for her appearance as Rumpleteazer in the 2019 musical fantasy film Cats.

She will also be seen in the upcoming American animated musical fantasy romantic comedy, Disenchanted, as a fabric vendor.

Naoimh is from Northern Ireland. Talking about her ethnicity, she is of European descent. Her zodiac sign is Aries.

As for her education, she attended Laine Theatre Arts where she did 3 years of acting/ musical theatre in 2014. She then earned her post-graduate acting degree in 2021 from Actor’s Studio- Pinewood Studios.

Naoimh has professional training in both musical theatre and stage acting. She has been active in the industry for more than six years and has extensive experience on stage and screen.

Recently, Naoimh was seen in the new play named ‘US’ in London as a lead.

She has also appeared in feature films, commercials, and international tours.

Naoimh is also a dancer and singer. She loves playing piano.

You can get connected with her on Instagram where she is active with the username @naoimhmorgan.

No, actress Naoimh Morgan is not married, as of September 2022. Naoimh doesn’t have a husband but she has a longtime boyfriend, who has been by her side in every thick and thin.

She is currently in a relationship with Matthew (Matt) Cox.

Naoimh Morgan’s boyfriend is Matt Cox, who is also an actor by profession. Matt is currently represented by Creative Talent Agency in London.

Naoimh and her boyfriend Matt began dating in December 2016. Since then, she has been sharing glimpses of her love life on Instagram. 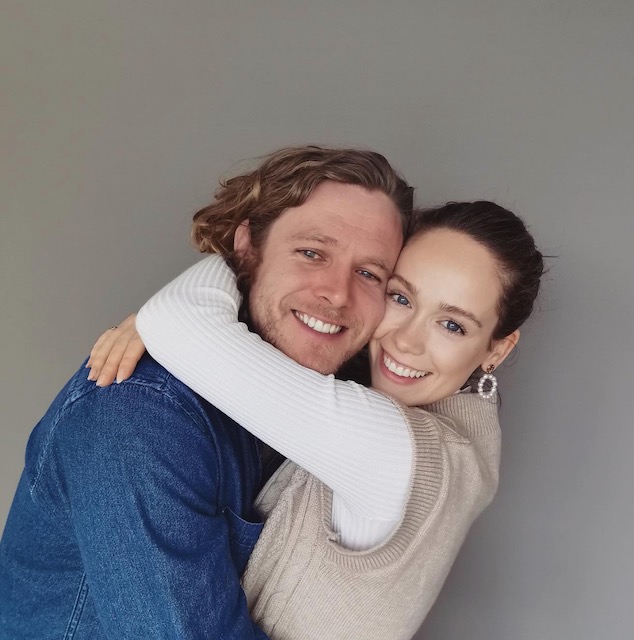 Every year, she shares beautiful pictures with her partner-in-crime marking their anniversary. Back in December 2021, Naoimh shared a series of pictures on Instagram on their 5th anniversary with a sweet caption. She wrote,

“Happy 5 year anniversary baby! You are sunshine personified and made up of 100% kindness, wit and beauty. One of Earths Angels. I think the world of you and count my blessings every day that we found each other… lol jokes you’re a 2/10. Love yeeee Matt Cox 💛☀️”

The Cats star has expressed how much she loves Matt and how lucky she feels to have him in her life.

Well, it’s not clear when and where she met Matt. However, almost everything about their relationship after they began dating is documented by Naoimh on her Instagram.

The couple, who is yet to get married, also has attended several weddings together. They also have visited many beautiful places together.

Naoimh is also not hesitant in sharing her relationship with her family on social media. On the basis of her Instagram posts, she seems to be a family person.

She has been sharing her family’s Christmas pictures every year on Instagram. Talking about her sibling, she has a younger brother. 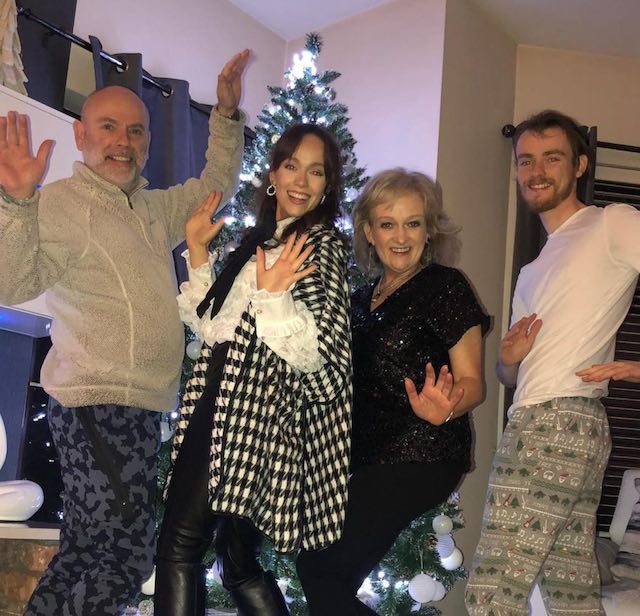 Her parents’ names are not known as of now but she seems to be very close to her mother so she has shared many pictures with her on Instagram exhibiting their relationship.

She has also wished her parents on Father’s Day and Mother’s Day by sharing pictures with them with sweet captions.

It hasn’t been long since Naoimh began her professional acting career. She has just garnered fame for the portrayal of Rumpleteazer in Cats. She might gain more recognition after appearing in Disenchanted.

With that, she might also assemble some earnings. As of now, Naoimh’s net worth is a mystery. However, her net worth might be in thousands of dollars soon.