Novi Brown is a lady with many talents. She is an actor, model, photographer, storyteller, natural hair advocate, and beauty enthusiast.

She has garnered huge fame since landing the role in Tyler Perry’s Sistas where she depicts the character of Sabrina Hollins.

Novi Brown is an actress and influencer who was born in the year 1986 in Berlin, Germany. Her birthday is on November 14 and her zodiac sign is Scorpio.

Novi, who is currently at the age of 35, has appeared in many TV series and movies among which she is known for appearing in Sistas, Sleeping With My Students, and NCIS.

Likewise, she has appeared in films like Deception, Baldwin Beauty, Real Talk, Goodbellas, Bliss House, Spider, and My Dad’s A Soccer Mom, to name a few.

She also has many theater experiences through the plays like Dutchman, The Vagina Monologues, and Boston Marriage.

The German actress Novi is currently living in New York. She spent her childhood between Germany and US.

Novi Brown is not married as of July 2022. Nevertheless, she is enjoying a blissful relationship with her partner Malcolm Cook.

Unlike many celebrities who prefer to keep their personal life inside a closed box, Novi has been open about her love life. She even has said that she is “never hiding her love” and has been giving glimpses into her relationship with her partner through social media.

Novi Brown is blessed to have her partner Malcolm in her life. Malcolm is a video creator and cinematographer by profession who seldom makes appearances on Novi’s Instagram account. 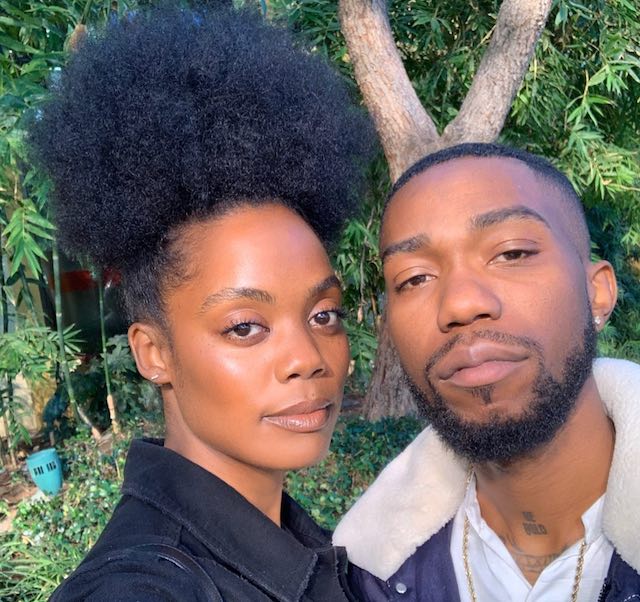 Back in June 2020, Novi shared a picture with her boyfriend Malcolm writing there is so much that she wants to say about him. She continued,

“I’m never hiding my love, but I also feel like some shit ain’t y’all business. However, this Black Man’s LIFE is ALL of our business. I want y’all to innerstand the POWER the union of 2 melaninated souls creates. This soul nourishes me like no other has. He teaches me, listens to me, protects me, provides for me and guides me. He promised to BUILD with me. He promised to help me manifest my dreams. I do the same for him.”

Since then, Novi has shared various pictures with her man on her Instagram handle. She has also shared pictures of them from red carpet events and family gatherings.

Earlier this year in May, Novi shared an Instagram video featuring her partner with the caption, “A SPIRITUAL LOVE STORY. WRITTEN BY GOD. EXECUTED BY FAITH. PROTECTED BY ANCESTORS.”

Not just Novi, Malcolm has also been sharing pictures with his lady love. In a recent Instagram post shared by Malcolm in June 2022, he addressed Novi as his fiancée with the hashtag mrscook, which suggests that the couple might have got engaged and the wedding might be on the cards soon.

In this regard, stay connected with us to get updated on Novi's relationship with her husband-to-be.

Malcolm already has a daughter named Zuri from his past relationship.

Novi is adventurous and curious about life which was passed to her by her mom. She says that her mom had that native explorer spirit in her.

She credits part of her success to her mom who has been her inspiration and motivation. Novi has openly talked about her mom in her interviews and how her mom has shaped her.

Although Novi has been talking about her parents in her interviews, she hasn’t revealed their names.

Novi Brown has been working hard to incline her career to new heights of success and while doing such, she is also receiving decent earnings from her job.

The exact value of Novi Brown’s net worth hasn’t been revealed yet. However, her net worth is now estimated to be in the range of $1 million to $3 million.