The British-Canadian actor Scott Speedman has been active in his professional career for more than 25 years. In between these years, he is best known for appearing in Felicity, Animal Kingdom, The Strangers, Grey’s Anatomy, and many more.

The 46-year-old actor is currently enjoying a successful career and a blissful love life. Let’s find out more about his personal life here.

If you are wondering whether Scott Speedman is married or not then the answer to this question is ‘no.’

The British-Canadian actor hasn’t been married but is relishing a relationship like that of a husband and wife with his long-time partner.

Scott Speedman is dating his longtime girlfriend, Lindsay Rae Hofmann. Lindsay is a designer by profession. According to her Instagram bio, she is the co-founder of a clothing brand called Juillet and Real Girl Series. 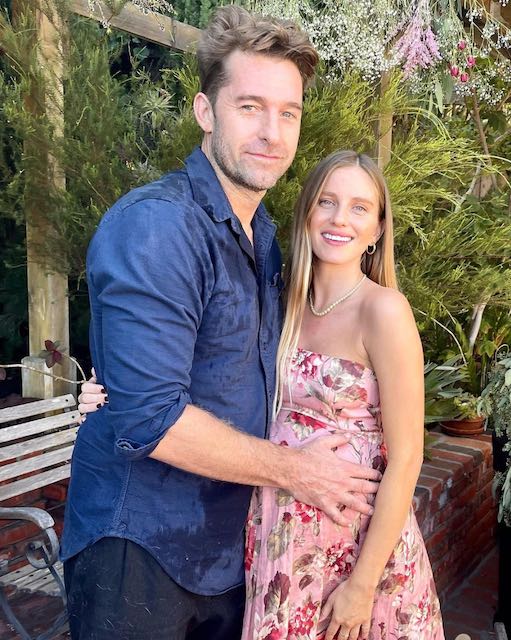 Scott and Lindsay have been dating since 2017. Together for around 5 years, the couple is parents to a cute little daughter named Pfeiffer Lucia Speedman.

Back in May 2021, the couple revealed Lindsay’s pregnancy. They welcomed their bundle of joy, Pfeiffer, at their home on October 26, 2021.

The news of the arrival of their daughter was shared by the couple on their respective social media accounts. Lindsay also revealed the meaning behind their daughter’s name stating Pfeiffer is “for her heart to always feel connected to the nature and sea” and Lucia is because she “will forever be our little light.”

Although Scott hasn’t shared many pictures of the duo, his partner Lindsay has been giving glimpses of their love life on her Instagram account. She has also shared their parenthood journey from her pregnancy to the present day with their cute daughter.

Earlier this year on Father’s Day, Lindsay shared a beautiful picture of Scott and their daughter on Instagram and wished Scott Father’s Day.

Scott also has shared a couple of pictures of his lady love and daughter on Instagram.

Scott loves spending time with his family when he is not working. He also shared a very close bonding with his parents. His parents’ names are Roy Speedman and Mary Speedman.

His father Roy (1944-1999) was a department store buyer and his mother was a primary school teacher and a champion runner.

Scott was born in London to his parents but his family moved to Toronto when he was just four years old.

Talking about his siblings, he had a sister named Tracey Speedman. Tracey died from Cancer on February 8, 2016.

Scott Speedman has been active in his professional career since 1995 and has appeared in several movies and TV series to the day.

Scott has been able to assemble a wonderful net worth from his acting career over the years. His net worth in 2022 is estimated to be more than $5 million.