Kyle Griffin is a Senior Producer for The Last Word from 2019. You might not have seen him on your television screen but he has been shaping the national news agenda for more than a decade.

Kyle, who began his television career as an Associate Producer for Early Today in NBC News in 2008, has been highlighting breaking news and stories, delivering insight and analysis for MSNBC.

Kyle attended The College of Saint Rose from where he graduated with a bachelor’s degree in Communications and English in 2008.

He then joined The George Washington University to pursue a degree in Master of Professional Studies, Strategic Public Relations and Political Management with honors. According to Kyle’s LinkedIn, he completed the Career Advancement Course "Writing Great Characters" at the Gold Standard level in the summer of 2019.

Kyle has been married for almost 6 years. He got married to Joel Steven Meares, who is originally from Townsville, Australia.

The duo got married on October 3, 2015, at a restaurant called Lucas Confectionery in Troy, New York. Their wedding was officiated by interfaith minister, Lisajo B. Kay.

After tying the knot in New York, the duo celebrated their marriage with their close friends and family in Australia. 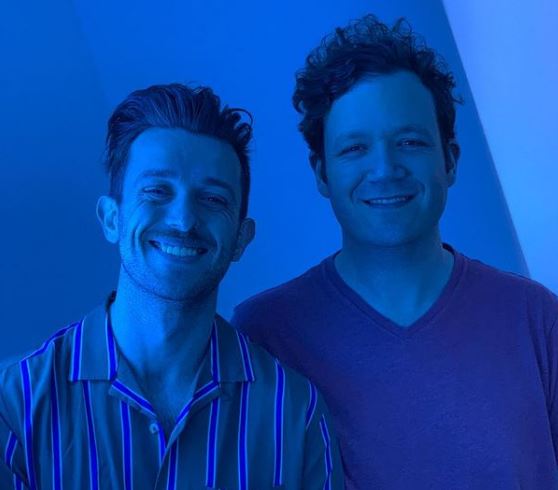 Kyle met his life partner through a mutual friend in 2009. Kyle impressed Joel by explaining the rules of baseball during their first meeting in an Upper West Side bar.

Who Is Kyle Griffin’s Husband?

Joel Meares is an internationally experienced digital and print editor who is currently working as the Editor In Chief for Rotten Tomatoes since February 2018.

Joel worked as a writer and editor for Sydney Morning Herald from March 2014 to July 2015. Before that, he was the editor for Time Out Sydney and assistant editor for Columbia Journalism Review.

Joel attended the University of Sydney from where he completed his Masters of Arts with majors in Politics and English in 2006. He then completed master's in Journalism with overall Honors from the Columbia University.

What Is Kyle Griffin’s Net Worth?

Kyle got the journalism bug as a teenager after he anchored his high school’s morning announcements program. Today, he has successfully marked a place in his career and also has been receiving an amazing salary from his job.

Kyle has been working at MSNBC for almost 6 years and might be receiving more than the estimated average annual salary. With the amazing salary received from his job, he is able to amass net worth in millions.