Christian Guardino is one of the top 7 contestants of the American Idol season 20. He has been able to amaze the judges and the audiences from his very first audition.

A local star, Christian earned rave reviews for his performance of 'Circle of Life.' However, his performance on Disney night turned into a classic to stun the judges. His performance also made him reach the top 7 and garner much love from his fans.

Christian Guardino is a 22 years old American singer. According to some wiki sites, he was born on March 14, 2000.

He is originally from Long Island, New York, and currently lives in the Patchogue village in Suffolk County, New York.

Even before auditioning for the singing reality show American Idol, Christian appeared on America’s Got Talent season 12. He was the recipient of the Golden Buzzer but was eliminated in the semi-finals.

Similarly, he has also dropped singles like “Wishful Thinking,” “Missing Part of Me,” and “Waiting.” “Poison Ivy” is his latest single.

Christian lost his sight when he was a baby but regained it back at the age of 12. He was diagnosed with a rare genetic eye disorder called Leber congenital amaurosis when he was an infant. His eyesight continued to deteriorate over the years making him legally blind. But due to experimental gene therapy, Christian was able to restore most of his vision when he was a teenager.

The rising star Christian Guardino is not hesitant in opening up about his family on social media. He has shared various pictures with his mom on his Instagram handle. 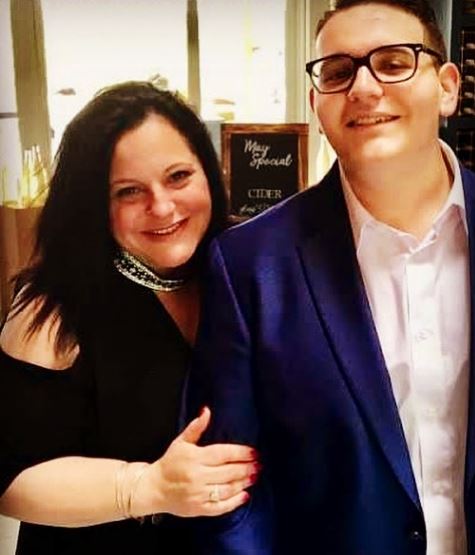 Talking about his parents, his mother’s name is Beth Guardino and his father’s name is Nino Guardino. His mom is a nurse by profession who seldom accompanies him on his shows.

As for Christian’s siblings, he has a brother who is a soccer player.

Is Christian Guardino Dating Or Single?

Apart from his family, people are also curious about his relationship status. But despite being in the limelight because of the American Idol, the singer has been successful in concealing his possible dating life.

However, Christian doesn’t seem to be dating anyone right now as there is no evidence of him having a girlfriend. He is currently involved in inclining his career to a new height of success so we can say that he is dating his career for now.

The American singer Christian Guardino has been singing actively even before he auditioned for the American Idol. He did many live shows and performances after participating in AGT. Likewise, Christian also has released many singles.

He has been earning a decent amount from his career and if he wins this season’s American Idol, he will sign a contract worth $250,000.

The exact value of Christian Guardino’s net worth is not yet known; however, his net worth in 2022 is estimated to be thousands of dollars.