The British actress Eliza Butterworth has spent her twenties portraying the role of Queen Aelswith of Wessex in the epic medieval drama The Last Kingdom on Netflix.

From The Last Kingdom to The North Water or The Windsors: Endgame, Eliza has portrayed every character with her whole heart. Although she has few acting credits under her belt, she is loved for her portrayals.

Eliza is inclining her career to new heights and with the rise in her professional career both her personal and professional life has intrigued her fans. If you are also curious about her dating life, possible boyfriend, family, and many more then this article is for you!

Eliza Butterworth has portrayed the role of a wife, mother, and grandmother in The Last Kingdom so many of her fans are yearning to know about her real-life relationship status.

Eliza, who portrays a much older character on-screen, is not married in real life and doesn’t have a husband.

Eliza might not have talked about her dating life in her interviews but she used to share glimpses of her love life on social media.

Eliza Butterworth is dating and her Instagram handle supports this statement. Her boyfriend’s name is James V. Moore. 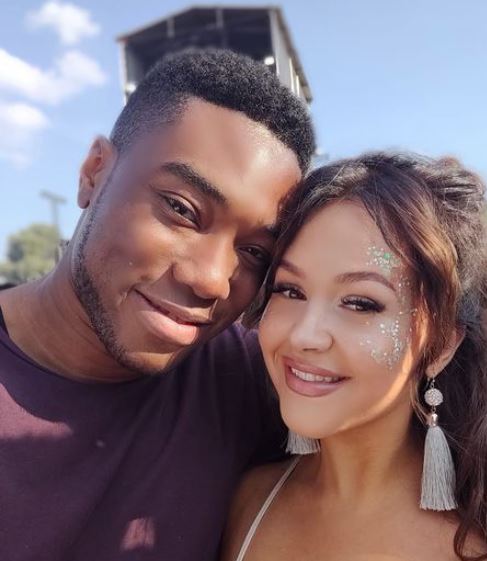 Eliza started to share pictures with her boyfriend James on Instagram in June 2017. She shared different pictures of the duo from their romantic dates, vacations, concerts, and wedding ceremonies too.

However, Eliza has now stopped sharing pictures of the duo so it’s unclear whether they are still dating or not. Nevertheless, they still follow each other on Instagram, as of writing. In this regard, they might still be together and keeping their dating life discreet.

Eliza has very supportive parents about whom she seldom talks in her interviews. Her parents’ names are Edie and Ray. Her father is a retired Royal Air Force pilot and her mother is a nurse.

Her parents met at a military dinner in Nebraska. They eventually fell in love and got married.

Eliza’s parents are very supportive of her chosen profession. She revealed in an interview that her mum knows about her career more than she does. Her mum has got a Google alert on her name and sends her articles that she has never read.

It hasn’t been that long since Eliza started her professional acting career. She made guest appearances in television series like WPC 56 and DCI Banks in 2015. In the same year, she landed the role of Queen Aelswith in The Last Kingdom and there was never looking back for her.

Eliza has undoubtedly garnered popularity for her role and also has received wonderful earnings from her acting career. However, her net worth has been an enigma. But on the basis of the success that she has amassed over the years, her net worth is speculated to be more than $1 million in 2022.