The past couple of years has been flourishing for English actress Millie Brady. She is best known for her role as Lady Æthelflæd in the British historical fiction television series, The Last Kingdom.

Similarly, she is also known for the portrayal of Mary Bennet in Pride and Prejudice and Zombies (2016) and for Cleo in The Queen’s Gambit (2020).

Millie started her acting career at a very young age and she has been able to bag some notable roles within a very short period of time.

With the rising fame, Millie’s personal life has garnered immense public interest. Her fans are curious to know whether she’s dating someone right now or not.

If you have been following Millie on her Instagram handle, you might have witnessed her love life. If not, here is all that you might want to know about Millie’s dating life.

The Last Kingdom actress Millie Brady is currently dating. She has been relishing a blissful relationship with her boyfriend who goes by the name @fancygram on Instagram. His real name is Charley and he is also in the entertainment business. 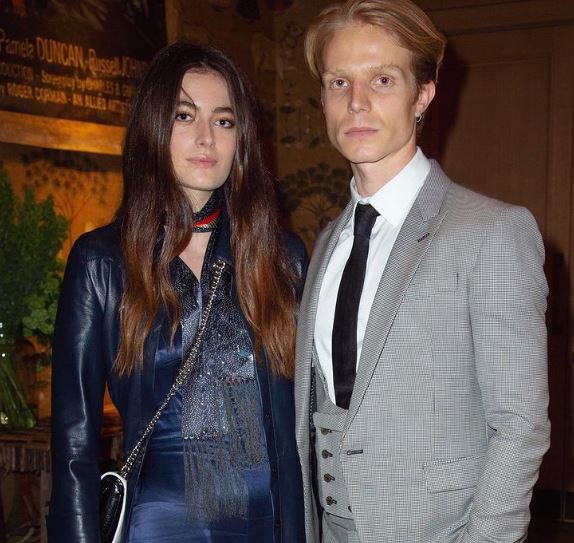 Millie and Charley seem to be dating since 2018. Millie has shared several pictures with her partner in crime exhibiting their relationship.

Back in February 2019, Millie wished Charley on his birthday sharing their picture on Instagram with the caption, “Happy birthday to my love.” Similarly, in September 2019, Millie shared a picture with Charlie stating that his presence has been the best thing in life.

Millie hasn’t shared any pictures of her parents on her social media handle but she has been talking about them in her interviews.

The names of her parents are unknown but her mother has been very supportive of her career. When Millie was a teenager, she was penning letters to agents, holing up in her room. While recalling those days during an interview with WWD in 2016, Millie said that her mum couldn’t work out what she was doing in her room.

As a child, Mille moved around a lot in England with her family as they got bored easily. She received her early education in boarding school in Ascot.

Millie currently lives with her older sister in a flat in Hampstead, North London. Her sister works in finance. She also has a dog named Luna.

Millie Brady has the potential to be the next superstar of our generation. She has been able to mark her place in the industry within a very short period of time.

Millie has not just assembled fame from her career but also has been able to receive wonderful earnings as an actor. The exact value of Millie’s net worth hasn’t been revealed yet but it is speculated to be in millions in 2022.

She will be seen in the upcoming psychological thriller Surface with the main role of Eliza, which might increase her net worth to some extent.