Known for her recurring role in the ABC series Revenge, the rising star Emily Alyn Lind has been able to make her presence felt in the entertainment industry within a very short period of time.

She is also known for her appearance in the CBS medical drama Code Black and the American black comedy horror films The Babysitter and The Babysitter: Killer Queen.

Ever since it has been announced that Emily will be joining the cast of the HBO series Gossip Girl, fans are interested to know more about her, especially her love life.

Despite the rising popularity from her inclining acting career, Emily has been successful in keeping her possible dating life behind the curtains. 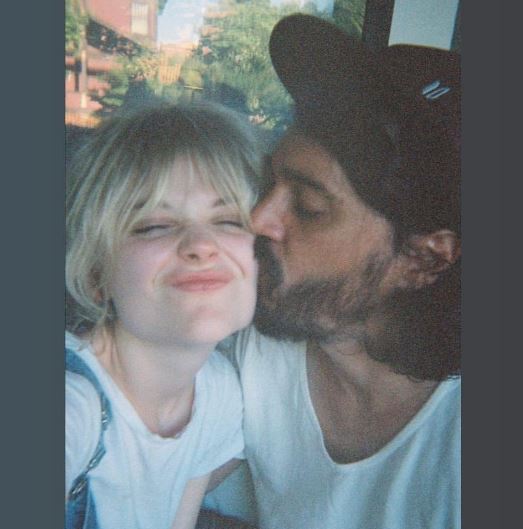 However, her fan account @emilyalynlindfans had shared some pictures of Emily with musician Richard Edwards in December 2020 stating that they are dating.

In one of the pictures shared, Richard was seen kissing Emily and in another, Emily was seen making the hair of her rumored boyfriend.

However, neither of them has confirmed their relationship and given the slightest hint about their romance in 2021. But as of June 2021, Richard is one of the people whom Emily is following on Instagram.

Emily comes from a family having entertainment background. Both of her parents are from the industry. She was born to Barbara Alyn Woods, an actress, and John Lind, an assistant director, and a producer.

Talking about her siblings, she has two sisters, Natalie Alyn Lind and Alvia Alyn Lind who are both actresses. Unlike Emily, Natalie is not hesitant in giving a glimpse of her love life. She has been in a committed relationship with actor Jordan Christian for quite some time now.

Emily Alyn Lind has been able to mark her place in the industry within a very short period of time. Emily, who made her Hollywood debut just at the age of 6, has now worked in various movies and TV series. And with the rise in her career height, she has assembled more fame and an amazing fortune.

Talking about Emily’s net worth, it is estimated to be $2 million in 2021. She has been able to collect such a huge net worth from her earnings gathered from her appearance in various movies and TV series. According to reports, Emily takes around $25 thousand per episode.

Well, her net worth is likely to be increased with the success that she'll receive with the new sequel of HBO Max's Gossip Girl. Her character in Gossip Girl will have a similar story to Waldorf who spends high school in a long relationship and wonders what is next for her.

She is also a singer who released her single titled “Castles” in November 2019.