You might have known Kelly Rizzo as the wife of Bob Saget as he was a popular American stand-up comedian and television personality.

Bob Saget is known for his roles in ABC sitcom Full House, its sequel Fuller House, How I Met Your Mother, and many more. He is also known for hosting America’s Funniest Home Videos.

Apart from being known as Bob Saget’s wife, Kelly is a television personality, host, producer, and more. Let’s find out more about her in the content below.

Keppy Rizzo is an American television personality, blogger, and host who is popular as the wife of Bob Saget. Kelly was born in the year 1980 and is currently at the age of 42. Her birthday is on May 19 which makes her zodiac sign Taurus.

Talking about Kelly’s education, she attended The University of Iowa and graduated with a degree in journalism. Later, she joined DePaul University in Chicago and studied Italian, Media, and Theater.

Before coming to the entertainment industry, Kelly indulged in the family business for around 10 years. She also spent five years working in real estate.

Kelly is popular for creating the web series Eat Travel Rock TV in the year 2013 where she interviewed celebrities, chefs, and more.

Kelly got huge recognition after getting married to Bob Saget. She met Bob in 2015 through mutual friends.

Talking about their first meeting through a TikTok post after several years, Kelly said that Bob DMed her asking her whether she wants to come to his show and then go out for some burgers and lobsters.

It didn’t take long for the duo to fall in love and they eventually began dating. Two years later, in November 2017, Kelly got engaged to Bob.

Meanwhile, in 2018, Bob revealed that Kelly didn’t plan on having kids and she is very close to his daughters (Bob has children from his previous marriage). 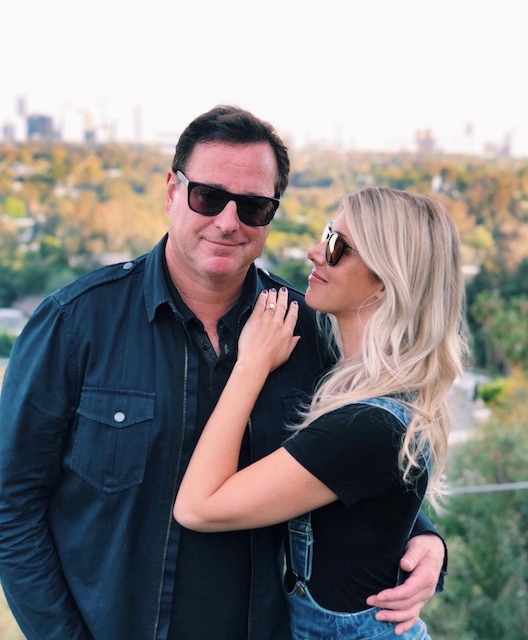 By this time, Kelly and Bob had made several public appearances together. They even attended the red carpet at the Creative Arts Emmys in September 2018.

Kelly and Bob got married a month later in October. They tied the knot on October 29, 2018, in the presence of their family and closest friends.

The couple was relishing a blissful relationship until Bob passed away on January 9, 2022. His death was confirmed by Orange County Sheriff’s Office after he was found unresponsive in a hotel room at the Ritz-Carlton in Orlando, Florida. Detectives found no signs of foul play or drug use in this case and pronounced Bob deceased on the scene.

After the death of her husband, Kelly moved out of the home they shared and moved to her new place in Hollywood.

She has been posting about Bob and their relationship on social media stating how much she misses her husband. Kelly has also revealed that Bob is still her husband after the death and the relationship is different now.

Kelly is very close with Bob’s daughters Aubrey, Jennifer, and Lara. She loves them more than anything and is grateful for having them in her life.

There is no information about Kelly’s previous relationship. It’s not clear whether she was married in the past or not but Bob was married to Sherri Kramer for 15 years.

Kelly grew up in Chicago, Illinois with her family. Talking about her parents, their names are Santo Rizzo and Sharon Rizzo.

Kelly has shared several pictures of her mom and dad on her Instagram handle. Her mother Sharon is a professional realtor with whom Kelly did her real estate business.

As for her siblings, she has two sisters named Kristin Rizzo and Kimberly Rizzo.

Kelly Rizzo has accumulated a decent net worth from her professional career. The exact value of her net worth hasn’t been revealed yet but her net worth in 2022 is estimated to be in the range of $1 million to $5 husband.

As for her late husband Bob Saget, his estimated net worth is $50 million, according to Celebrity Net Worth.