Luke Pasqualino is a British actor known for his breakout role in the teen drama Skins. He is also popular for the portrayal of Albert Hill in Snitch, Elvis Harte in Our Girl, and d'Artagnan in The Musketeers.

In the year 2021, he made a guest appearance in Death in Paradise and also appeared as David Kostyk in Shadow and Bone.

The Skins star Luke Pasqualino is not married and doesn’t’ have a wife as of November 2021.

Is Luke Pasqualino Dating In 2021?

Luke Pasqualino’s dating life has always intrigued his fans. Since the actor prefers privacy in his love life, everyone is bothered over who Luke’s girlfriend is.

Luke’s love life hasn’t been so smooth running. In the year 2021, the actor seems to be single. Similarly, he doesn’t seem to have a girlfriend as he has not opened up about his possible dating life.

Although the actor doesn’t seem to be in a romantic relationship now, he was in a couple of dating relationships in the past. 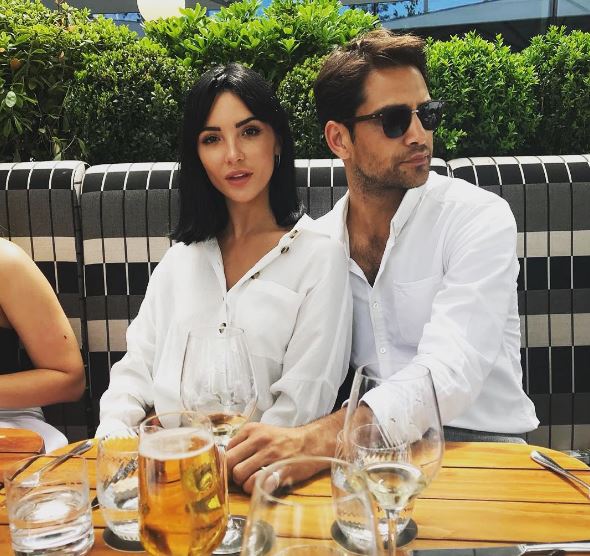 Back in 2018, the actor was dating rising star Maddison Jaizani. Their relationship became Instagram official after Maddison shared cozy pictures of the duo in March from a Spanish gateway.

Before that, Luke was in a high-profile relationship with Perrie Edwards whom he began dating in October 2016.

In the year 2011, Luke was rumored to be dating his Love Bite co-star, Jessica Szohr. Reportedly, they became close on the set after Jessica broke up with her ex-boyfriend, Ed Westwick.

A source revealed their budding romance with Sunday Mirror in October 2011. According to the source, they had been together for a few weeks and were completely smitten with each other.

Before dating Jessica, Luke dated actress Klariza Clayton from the year 2009 to 2010.

According to some wiki sites, his father’s name is Pep Pasqualino. His father is a businessman by profession. His mother’s name and profession are not known.

He seldom shares pictures with his parents on his Instagram handle. Back in October 2019, he shared a picture with his mom on Instagram. He captioned the picture ‘Mumzy love’ with a red heart emoji where his mom kissed him gently on his cheek.

Likewise, Luke shared a picture with his dad on Father’s Day in 2018. He also has shared pictures with his sister, niece, and nephew on Instagram. His sister’s name is Natalie Pasqualino.

The British actor Luke Pasqualino has been able to amass a decent net worth from his acting career. Luke has been active in his professional career for around 13 years.

Over the years, Luke has been able to assemble both fame and fortune from his profession. He is believed to have a wonderful net worth, however, the exact value of his net worth hasn’t been revealed yet. Despite that, his net worth is speculated to be more than $2 million in 2021.