If you loved watching the Netflix series Stranger Things then you would like to know about Shawn Levy who directed the American science fiction drama.

Shawn Levy is a Canadian director and producer notable for his works in Night at the Museum, Stranger Things, Big Fat Liar, Last Man Standing, Arrival, Free Guy, and The Adam Project.

He will be directing the untitled third Deadpool film set in the Marvel Cinematic Universe. He also directed the upcoming Netflix limited series All the Light We Cannot See.

Who Is Shawn Levy’s Wife?

Shawn Levy began his professional career in 1986 and is currently relishing a prolific career. Along with that, he is also enjoying a blissful married life with his long-time wife, Serena Levy.

His wife Serena has been his greatest supporter ever since they are together. She was the one who produced his thesis project, a short titled Broken Record.

It’s not clear how long Shawn and Serena have been together as their wedding date is unknown. However, we have known that they have grown together personally and professionally.

Serena is seen accompanying her husband in red carpet events. She has also played a great role in inclining his career to a new height of success.

Previously, Shawn lived in New York while his wife and kids lived in Brentwood fort. Later, he moved to downtown Manhattan with his family where they are neighbors with Ryan Reynolds.

Shawn and his wife Serena bought a $13.5 million penthouse in Tribeca in December 2021 which he listed for sale for $15 million in April 2022.

Shawan Levy and his beautiful wife Serena Levy are parents to four beautiful daughters. Among his four children, the names of his three daughters are Sophie Levy, Tess Levy, and Charlie Levy.

Back in August 2018, Tess shared a beautiful picture with her sisters where she referred to one of her sisters as Coco. Although the name of one of Shawn’s daughters is not known, the remaining one’s name is guessed to be Coco. 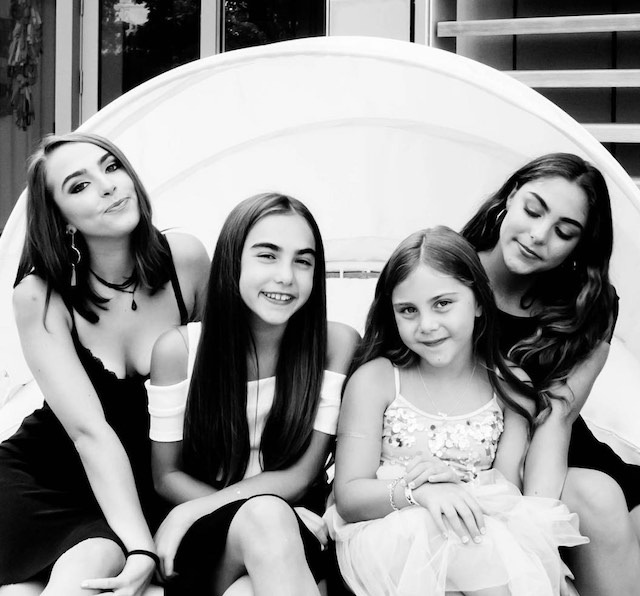 Shawn has been sharing pictures with his daughter Sophie and Tess on his Instagram handle. They are also seen accompanying their dad in public events.

Sophie is the eldest of four kids. She was reportedly born on July 17, 1999, and is currently at the age of 23. She is an aspiring actress who has appeared in Night at the Museum: Battle of the Smithsonian, Night at the Museum: Secret of the Tomb, Real Steel, and The Internship.

She was recently seen in Stranger Things and Free Guy. Sophie is active on Instagram with the username @sophie_levy where she has 78.9k followers as of August 2022.

Tess Levy is Shawn’s second daughter who was born in the year 2002. Her birthday is on April 9. She is also an actress like her elder sister Sophie. Her acting credit includes Stranger Things, Night at the Museum: Battle of the Smithsonian, The Internship, Real Steel, and All Too Well: The Short Film.

Tess is attending Yale University and is in the class of 2025. She is active on Instagram with the username @tess.levy.

The acclaimed filmmaker Shawn Levy has many famous works which have helped her garner both fame and fortune. Shawn has undoubtedly assembled a huge net worth from his career as a director, producer, and actor.

He is also a founder of a production company called 21 Laps Entertainment.

Since Shawn has been on the complete rise in recent years, he has assembled a huge net worth from his job. As per Celebrity Net Worth, he has a whopping net worth of $60 million now.