The American professional basketball player Aaron Nesmith is working very hard to improve his game as a player for Boston Celtics. He played college basketball for two seasons before he was selected for the NBA. He was the player for the Vanderbilt Commodores.

Ever since Aaron was selected as a player for Boston Celtics, his professional life is like an open book. However, his personal life is not known by many of his fans. Here is all that you would like to know about Aaron Nesmith’s personal life, his relationship status, family, and many more.

Yes, Aaron Nesmith is dating. Although the player hasn’t opened up about his relationship status, the rumor of him dating Jordan Smith started to surface back in 2020.

The news of them being in a relationship started to spread like a wildfire when they posted cozy pictures of them on social media. Aaron has now removed those pictures but Jordan still has some pictures of the duo on her Instagram. 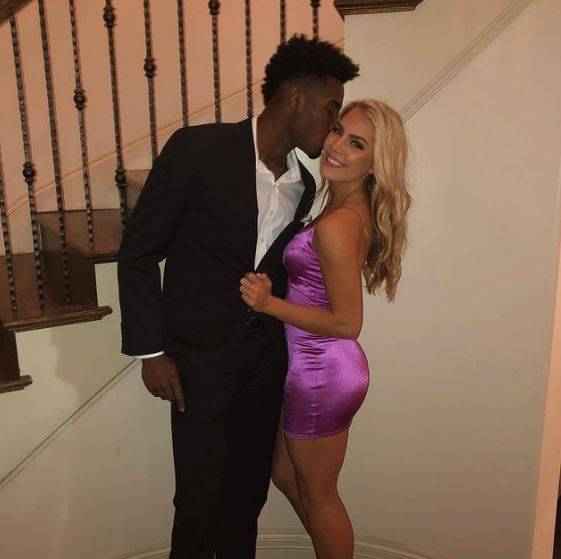 His girlfriend Jordan Smith is a field player with an amazing track field record.

Aaron Nesmith was born to Bernard (Bernie) and Erine Nesmith in Charleston, US. Aron has a very strong bond with his parents which is evident in his social media posts.

Blessed with supportive parents, the Boston Celtics player Aaron has been very thankful to his family for the sacrifices that they have made since he decided to pursue his career in basketball.

Back in June 2021, Aaron surprised his mom with a car and shared the clip of the surprise on Instagram thanking her for all she does for him and his brother.

Talking about his siblings, he has a brother named Eddie Nesmith who currently attends Harvard.

Upon declaring his 2020 NBA Draft, Aaron Nesmith has been working hard to mark his place. He signed a four-year, $16.5 million rookie contract with the team in November 2020.

Aaron is said to be receiving a wonderful salary from the team. Although the exact figure of his salary is not yet known, his net worth in 2022 is estimated to be more than $1 million. Aaron has also assembled some fortune from sponsorships and promotions.