The American journalist Jasmine Styles began her career in journalism as a multimedia journalist. Today, she is working as a morning weekend anchor and morning reporter for ABC Action News since joining the network in December 2017.

Previously, she served as the Fox affiliate’s evening anchor in Beaumont, Texas. Know more about her in the content below.

Jasmine Styles is an American journalist currently working as a reporter and weekend evening anchor at WFTS-TV in Tampa, Florida. She collaborated with the producer on stacking 6 p.m. and 11 p.m. weekend evening shows.

Styles is also responsible for writing the majority of scripts and weekend "Over-The-Top" (OTT) flash briefing for Amazon Alexa and Amazon Echo.

Born and raised in Orlando, Florida, Styles has American nationality. She attended Florida State University for her education. Styles received a Bachelor of Arts degree in Media/Communications Studies and a minor in Journalism in 2012.

Jasmine Styles is very close with her family. She seldom exhibits her relationship with them through her social media posts. Her father’s name is unknown but her mother’s name is Tonja Styles. 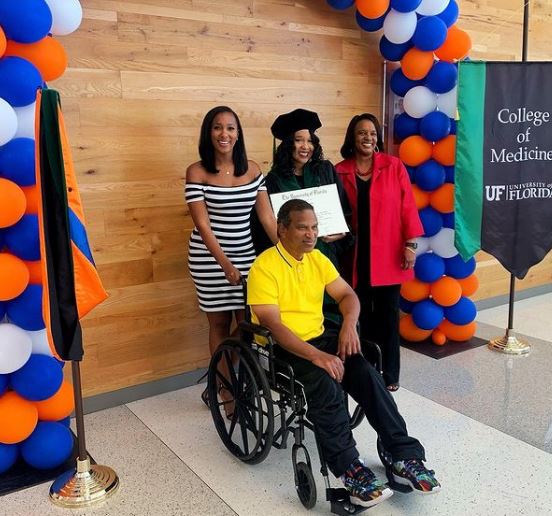 Talking about her siblings, she has a sister named Ciara Styles. Ciara is a doctor who graduated from the University of Florida College of Medicine in 2020. She is currently studying at the Medical University of South Carolina and is about to be a psychiatrist.

Similarly, in June 2020, Styles shared a series of pictures from her childhood to now with her dad with a sweet caption. She wrote,

“Life gave daddy a double whammy. He got nothing but girls, but he handled it like a champ. A true #GirlDad who taught me SO MUCH. Couldn’t imagine life without you.”

Is Jasmine Styles Dating Or Single?

Jasmine Styles has been reluctant in opening up about her relationship status. Although she previously mentioned her boyfriend in her tweets, she has now stopped hinting about her love life.

Well, Styles might be dating someone secretly or might be single for now.  Since there is no evidence of her having a boyfriend, let us assume her to be single until she gives some hint on her love life.

Jasmine Styles Career And Net Worth

Jasmine Styles began working in 2009 as Florida Statements Host at 4FSU. She then worked as a reporter for FSU Headlines.

Styles worked as a reporter for Seminole Sports Magazine on Fox Sun Sports from August 2011 to April 2012. In January of 2012, she started working at WFSU TV/FM Public Broadcasting as a weekday host for 4FSU’s university update.

Styles worked as a multimedia journalist and weekend evening anchor at WLTX News 19 for 3 years and 3 months from June 2012 to August 2015.

Styles has been receiving a wonderful salary from her job. According to Glassdoor, a reporter at WFTS-TV receives around $70,586 as an annual salary.

Jasmine Styles’ net worth hasn’t been revealed yet but on the basis of the estimated salary that she receives from her job, her net worth is speculated to be in thousands of dollars.