Daniel Theis is a German professional basketball player who plays for the Boston Celtics of NBA. He was originally drafted by the Celtics back in July of 2017 and signed as an undrafted free agent.

Daniel was traded to Chicago Bulls and Houston Rockets but was eventually re-acquired by his primary team “Boston Celtics”.  The four-time all-star champion of Germany cub “Basketball Bundesliga”, Daniel is not only an astounded basketball player but is also an incredible family man.

NBA player Daniel Theis is happily married to his longtime girlfriend Lena since 2014. The duo tied their wedding knot on 20th June 2014. Daniel is a complete family man who is often seen spending vacations with his wife and kids. Moreover, Daniel is also seen posting pictures of his beautiful family on his Instagram.

Daniel Theis and his partner Lena are parents to two beautiful children: a daughter and a son. The pair was first blessed with a baby girl named Laila on 27th March 2016. Their daughter Laila was then joined by her younger brother on 24th November 2019. 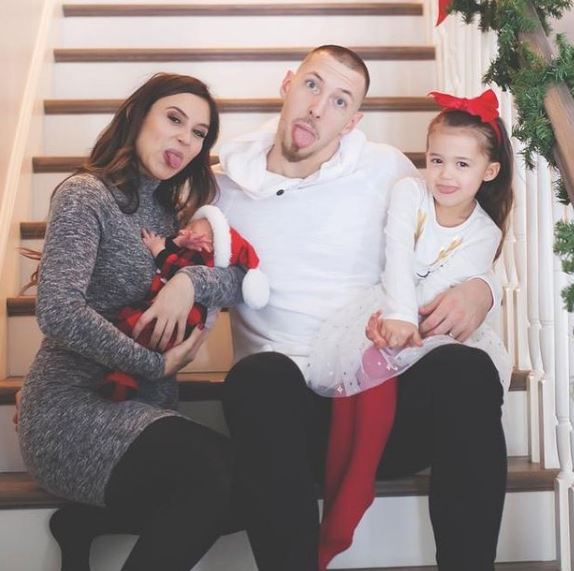 Daniel Theis was born as the younger son of his parents on 4th April 1992 in Salzgitter, Germany. Very little is known about Daniel’s father and mother but it is known that his dad is a retired worker from Volkswagen. We also know that his parents watch the highlight of Daniel's game the next day.

Talking about Daniel’s siblings, he has an older brother named Frank Theis who is 10 years older than him. Frank is an avid NBA fan since his childhood and now as his brother is playing as the part of NBA, Daniel is living out a dream for both of the Theis brothers.

As of now, Daniel’s brother Frank is a middle school teacher.

Daniel Theis Salary And Net Worth

Daniel Theis made his NBA debut on the 18th of October from Boston Celtics as he signed with them on 20th July 2017. Daniel was later traded to the Chicago Bulls on 25th March 2021 and likewise to Houston Rockets on 7th August 2021.

However, he again returned back to Boston Celtics after the team re-acquired him from the Houston Rockets in a four-player deal. Daniel had signed a 4-year $35.6 million contract with Houston with an average salary of about  $8.7 million for the 2023-2024 season. Furthermore, Daniel’s net worth is assumed to range from $1million-$5 million.