At just 20 years old, American actor David Iacono has around a decade of work experience. David, who started his career in the entertainment industry as a child model, is now one of the cast members of The Summer I Turned Pretty, which is based on Jenny Han’s novel trilogy of the same name.

He is also known for his performance in the Netflix series Grand Army as Bo Orlovin and in The Flight Attendant where he plays the role of Eli Briscoe, the son of Rosie Perez’s character Megan.

David Iacono is the next big superstar with a sparkling future ahead of him. He was born in the year 2002 in Brooklyn, New York. David, who celebrates his birthday on June 20, is currently 20 years old and his zodiac sign is Gemini.

While growing up, David realized that he liked being in front of the camera. His mom found him cute so she took him for modeling. He then appeared in print ads for Little Levi's, J. Crew, and Century 21.

David made his screen debut in 2011 and appeared in several movies and TV series with recurring roles. He gained a big break in his acting career with the portrayal of Bo Orlovin in the Netflix series Grand Army.

His next big role is in the Amazon Prime series The Summer I Turned Pretty where he plays the character of Cam, a guy whom Belly knows from middle school who tries to win Belly’s heart.

David has also appeared on Saturday Night Live, The Good Doctor, NCIS: New Orleans, and Blue Bloods, to name a few. He also had a minor role in 2019’s Joker.

David, who stands tall at a height of 5 feet 11 inches, attended Laguardia High School for Music & Art and Performing Arts alongside his co-star Lola Tung.

David lives in New York City and is of Italian and Puerto Rican descent.

David credits all the success that he has achieved until this day to his mom who was the one who brought him into the entertainment world. 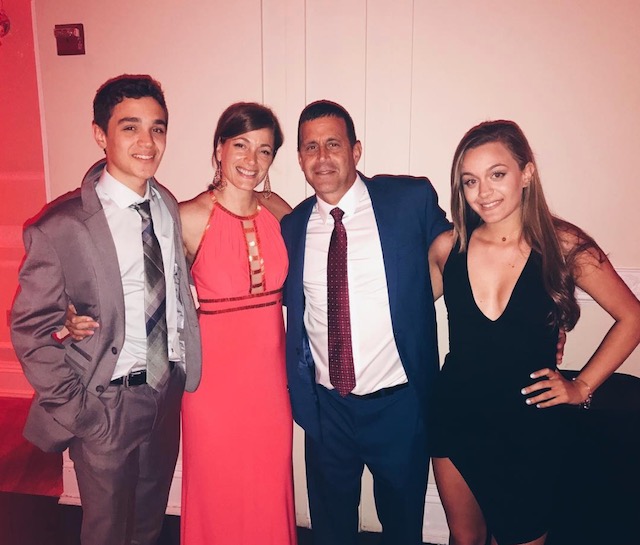 His mother’s name is Kim Iacono who is a mammography technologist by profession. His father’s name is not known but he has also been supporting David to pursue his dreams. His dad is said to be a union carpenter.

As for David’s siblings, he has a sister named Kayla Iacono. David has shared several pictures with his sister Kayla on his Instagram handle which exhibits the brother-sister bonding.

Does David Iacono Have Girlfriend?

Ever since David has grabbed public attention as Cam in The Summer I Turned Pretty, fans are curious about whether he has someone special in his real life or not.

The actor doesn’t seem to be dating anyone right now. Unlike Gavin Casalegno who has been giving glimpses of his relationship with his longtime girlfriend Larsen Thompson, he hasn’t shared any pictures with anyone who could be guessed as his possible partner-in-crime.

However, David has opened up that he was once in a dating app. During a recent interview with Pop Sugar, David was asked about what would his dating profile say about him to which he replied,

“I had a Tinder a little while ago. I don't use it at all anymore. But I think my bio on Tinder was like "Wait, this isn't cool math games?" I thought that was funny. I do not like dating apps. They creep me out.”

David doesn’t seem to have a girlfriend now and seems to be busy inclining his career to new heights. In this regard, stay connected with us to get updated on David Iacono’s relationship status.

The American actor David Iacono has been active in his professional career for quite a long time and has assembled a decent earnings from his career. With the success garnered from his roles in Grandy Army and The Flight Attendant, his net worth is estimated to be more than $1 million.

Now, after the success of The Summer I Turned Pretty, David Iacono’s net worth is expected to escalate.