The new multigenerational drama The Summer I Turned Pretty has introduced us to Lola Tung who plays the main role of Belly in Amazon Prime’s new drama.

This is the first ever role of Lola but she has already proven how talented she is as an actress. The video series has received good reviews and a warm embrace from the viewers. And with the rising success of the series, Lola has also garnered huge popularity.

In this regard, here is everything that you might want to know about the upcoming star, Lola Tung.

The Summer I Turned Pretty’s breakout star Lola Tung was born in the year 2003 and is currently at the age of 19. According to some wiki sites, her birthday is on October 28, which makes her zodiac sign Scorpio.

Lola was born and raised in New York City where she attended the LaGuardia High School. Later, she enrolled at Carnegie Mellon University. She was in her freshman year when she auditioned for the role of Isabel “Belly” Conklin.

Lola is a newcomer in the entertainment industry so she doesn’t have any acting credits before The Summer I Turned Pretty. However, she had appeared in many school plays before.

Lola Tung is around 5 feet 4 inches tall in height. Reportedly, she has Asian American ethnicity and her nationality is American.

She has been to New York, Washington D.C., London, Denmark, and Sweden.

Lola’s family moments in the American coming-of-age romantic drama have been fun. However, she hasn’t revealed much about her real-life family.

Her mother’s name is Pia Tung who has been her greatest support. Lola has also shared her mom’s picture on Instagram on International Women’s Day in 2018 expressing her love. She even stated her desire to be as badass as her mom someday. 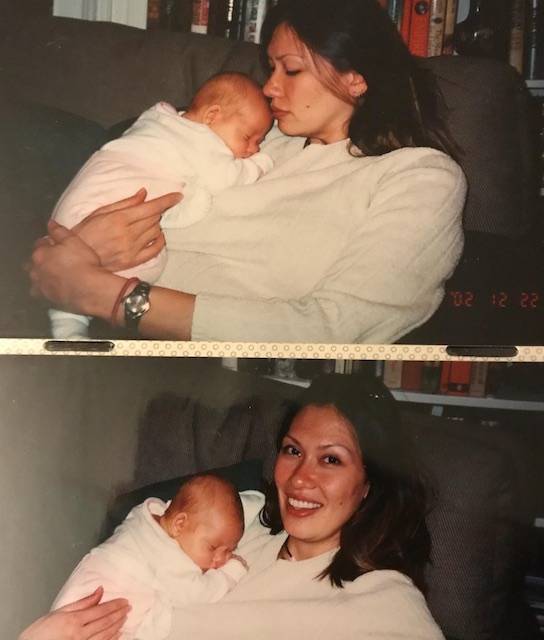 Her mother Pia previously worked as a graphics operator. She currently lives in New York with her daughter and has been supporting her to pursue her dream as an actress.

Lola has also talked about her parents during an interview with Glamour. When Lola knew that she got the role, she freaked out and called her mom, dad, and roommates.

The name of her father is not known. Likewise, it is not clear whether she has any siblings or not.

The rising success of The Summer I Turned Pretty has also grabbed people’s attention towards Lola Tung’s relationship status. Fans are curious whether she has a boyfriend in real life or not.

Lola’s character finds herself in a love triangle with two brothers Conrad (Christopher Briney) and Jeremiah (Gavin Casalegno) when she spends her time with her family in an idyllic beach town.

Unlike her on-screen character, her love life seems simple. Lola has revealed that she has never been in love with anyone. During an interview with New York Post in June 2022, the aspiring actress said that she was never in love the way her character did on the show. She said,

“I took a little bit from my own life and my own experience of being a teenager and feeling all of the feelings that she had at the same time. Even though I was never in a love triangle in the same way, there was sort of an understanding of what it’s like to be 16.”

Lola is currently single and is focused on inclining her career. When Lola is not filming or has free time, she likes to sleep in and cook a little bit. She also goes to the beach or hang out with her friends to enjoy her day off.

Lola Tung has just started her professional career but has been successful in marking her place in the entertainment industry with the role of Belly. She also has bagged the role in the sequence of the series. Lola has received both fame and fortune following her debut. The exact value of her earnings is not known but her net worth is now estimated to be in thousands of dollars. Her net worth is expected to rise to $1 million with her upcoming projects.