Over the last few years, American actor Brian Tyree Henry has appeared in highly acclaimed movies and TV series like Widows, If Beale Street Could Talk, Spider-Man: Into the Spider-Verse, and Atlanta (2016–present).

He is a star who has received the Emmy Award nomination twice for his outstanding performance in Atlanta and This Is Us.

Most recently, he appeared in Chloé Zhao's Eternals as Marvel’s first openly gay hero. Phastos. Phastos is is a well-rounded and extremely authentic character in the Eternals that doesn’t feel forced.

If you are wondering whether the American actor Brian Tyree Henry is married or not, let us answer this question.

The 39 years old Atlanta star is not married as of November 2021 and doesn’t have a wife. While answering the most asked questions on Google, the actor himself has stated that he isn’t married.

Brian doesn’t seem to be dating anyone now as there is no information about him having a girlfriend. Similarly, he hasn’t opened up about his possible love life and partner in any of his interviews or on social media.

In this regard, it is safe to state that Brian is single and is focusing on inclining his career to the new height of success.

On the contrary, Brian is seen relishing romantic relationships on-screen. His character Phastos in the Eternals is married and enjoyed family life with his husband Ben (portrayed by Lebanese actor Haaz Sleiman) and son.

His Net Worth From Movies & TV Series

Brian Tyree Henry has successfully established himself in the film industry in a very short time span. Active as an actor since 2007, Brian has worked in various movies and TV series justifying every character that he portrays.

With numerous acting credits under his belt, Brian has been able to amass a huge net worth from his job. Although the exact figure of his net worth is not revealed yet, it is believed to be in millions in 2021.

Actor Brian Tyree Henry was born to a military father and an educator mother. His mother’s name is Willow Dean Kearse, who passed away in early 2016.

Brian was raised partly in Washington, D.C, and partly in Fayetteville, North Carolina where he was born. 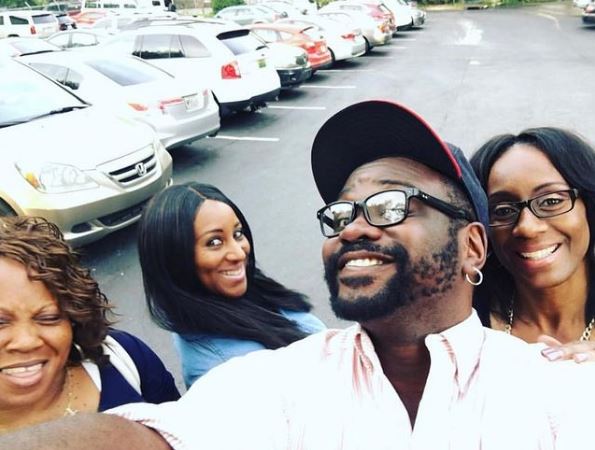 He has two sisters. On national Siblings Day in April 2019, Brian shared pictures with his sisters and wished them for keeping him always in line.

For his education, he attended Morehouse College in Atlanta, Georgia. He also attended Yale School of Drama from where he received his master’s degree.

American Actor Godzilla vs. Kong The Woman in the Window Atlanta This Is Us