Danielle Pinnock is an American actor, content creator, and writer whom you might have seen on the hit CBS comedy Young Sheldon. She the voice behind various animation works for Universal, Cartoon Network, DreamWorks, and Netflix.

Pinnock is also popular as the co-creator of the viral online sketch series Hashtag Booked. Recently, she appeared in the CBS series Ghosts as one of the ghosts named Alberta.

Yes, Danielle Pinnock is married. She has been married to Jack Wallace for eight years.

Pinnock and her husband Jack got married back on August 10, 2013. They tied the knot in the ER because her mom had a stroke the night before the wedding.

The hospital allowed them to do the ceremony in the ICU so the duo shared the vows in the room with about 8-10 people. 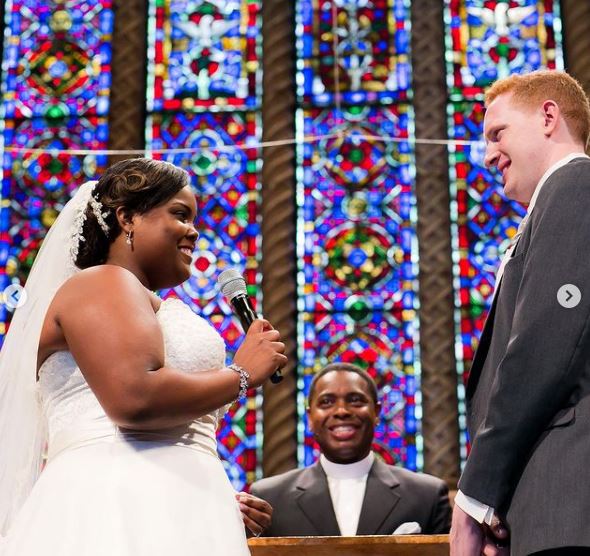 It was a non-traditional wedding in the beginning but then they went to the church for the further ceremony. They had nearly 300 guests coming to their big day from Jamaica, England, and Ireland.

Pinnock is relishing a blissful married life with her husband. Earlier this year in August, she shared the wedding video on Instagram and stated about her ER wedding. She further expressed her love for her husband stating he’s the best husband on the planet and is honored to be his wife.

Jack Wallace is a British dialect coach based in Los Angeles. According to his website, he works with working actors and business professionals all over the world in person and through web meetings. 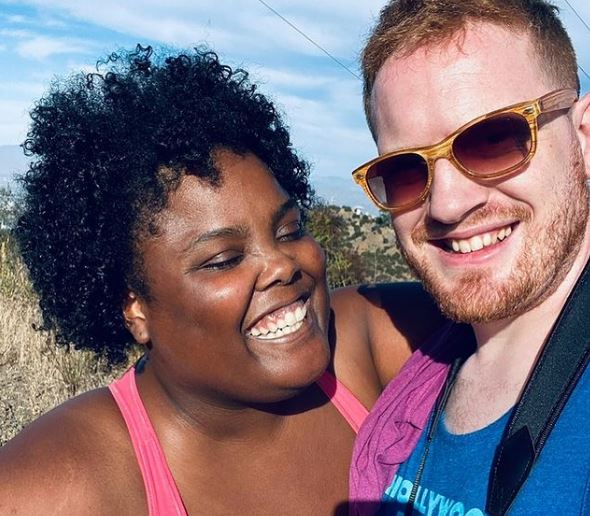 He is a registered dialect coach with DialectCoaches.com. Jack discovered his interest in accents at a young age as he was born to a Northern Irish mother in Warwickshire. This eventually led him to study accents formally.

Talking about his education, he attended Queen's University Belfast to earn BA in Drama and Ethnomusicology. He also attended Birmingham School of Acting from where he received an MA in Professional Voice Practice.

Danielle Pinnock has been blessed with a very supportive family. She was raised by her mother and grandmother in New Jersey.

Her mother’s name is not known but she seldom gushes about her in her social media posts.

She lost her father when she was 16 years old so her mom was supposed to give her away in her wedding. But since her mother had a stroke a day before her nuptials, her uncle Robbie gave her away.

She is a proud first-generation Jamaican.

Danielle Pinnock’s professional career has skyrocketed in the last couple of years. With the rise in her fame, she has also been able to collect an amazing net worth.

The exact value of her net worth hasn’t been revealed yet. But on the basis of the success that she has accumulated over the years, her net worth in 2021 is speculated to be in the range of $1 million to $3 million.

Pinnock is best known for her roles in Young Sheldon as Ms. Ingram, The Big Bang Theory,  Get Shorty, Ghosts, and many more.

During the initial phase of her career, she worked as a casting internship in Cindy Tolan Casting. She also did an administrative internship at Lantern Theater Company.

Likewise, Pinnock was a casting intern at The Goodman Theatre for three months from June 2011 to August 2011.

Pinnock has been working as a writer, actor, field researcher, and interviewer for The Body Image Project since 2011.