Is Dermot Mulroney Still Married To His Wife? His Personal Life Details!

Hollywood heartthrob since the ’80s, Dermot Mulroney is happy to be where he is now. He has accomplished a lot from his acting career and also has been able to amass a huge fortune from it.

"My Best Friend's Wedding" star is still married to his wife Tharita Cutulle. Although the actor experienced a failed marriage in the past, his marital relationship with his second wife Tharita is going strong.

Dermot and his wife Tharita got married in 2008. Although it’s not sure how Dermot met his wife and when they began dating, the news of their wedding was a surprise. 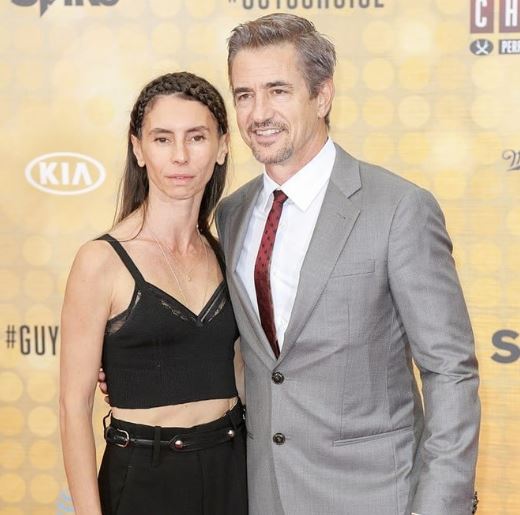 Dermot and his life partner Tharita have now been married for 13 years and are parents to two children. In April 2008, Tharita gave birth to their first child, a daughter named Mable Ray. Mabel was joined by her sister Sally June a year later in 2009.

The American actor and his wife are very protective about their kid’s privacy. Despite the fame from his profession, he has been successful in keeping his family life away from the limelight.

Tharita is an Italian producer who is 10 years younger than Dermot.

Dermot and Catherine got married in 1990 and got separated after 15 years of marriage. After splitting up in May 2005, Dermot filed for divorce from his estranged wife Catherine in June 2007 citing “irreconcilable difference.”

Dermot and his ex-wife Catherine have a 21-year-old son Clyde Keener Mulroney.

How Much Is Dermot Mulroney’s Net Worth?

Dermot Mulroney has been active in his acting career for almost 35 years. And in between these years, he has appeared in several movies and TV series which has helped him gain both popularity and fortune.

In the year 2021, Dermot has been relishing a wonderful earning assembled from his acting job. According to Celebrity Net Worth, his net worth is reckoned to be $11 million.